The CBI wants the next Mayor of London to commit to building 50,000 new homes. 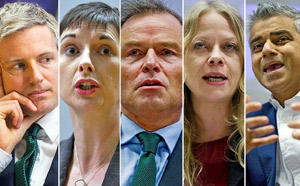 The next Mayor of London must commit to developing at least 50,000 new homes a year in the capital to help meet growing demand for housing, business leaders have demanded.

The CBI’s London Manifesto aimed at candidates in the Election, which will be held on 5th May, insists that the successful candidate must remain firmly focussed on business growth, to ensure that the city is an attractive hub for investment, creativity, skills and tourism.

Lucy Haynes, CBI London Director, said, “London’s star has continued to rise over the past few years. From setting a new standard for hosting the Olympic Games to the emergence of Tech City, the capital has shown the world it is still the best place to grow, do business and thrive.

“But in an increasingly competitive global race, the next Mayor must take some tough decisions from day one for London to continue to grow and prosper, and to keep the city a magnet for investment and skills.

“From building the 50,000 homes a year the capital needs to house its talented workers, and a new runway that will boost our exports to high growth markets, to making the city a global beacon for digital and technological skills, London’s next leader has a unique opportunity to plan ahead, and position the city at the head of the pack.”

The latest ONS Construction Industry Output Statistics shows that in January 2016, output in the construction industry decreased by 0.2 per cent compared to December 2015, led by a 10.6 per cent fall in public new housing.

“Small movements in the wrong direction won’t help escape the construction quick sand,” said Andrew Bridges (left), Managing Director of Stirling Ackroyd. “The next mayor will need to face up to this scary statistic – and get building. Housing is dominating the agenda but soundbites don’t equal scaffolding.”

He added, “Doubling or tripling the rate of new homes built each year should be number one priority for whoever becomes our new London Mayor. They owe it to the whole country, to make sure London continues to lead the UK as a country that can compete in the arena of world cities and world economies. Developers want to build – London is a paradise of potential. But ambitions are being ambushed by rigid planning departments and a lack of infrastructure vision in City Hall.”