Change in tempo as Rightmove reports falling rents in London

Rents rise outside London as the capital overheats 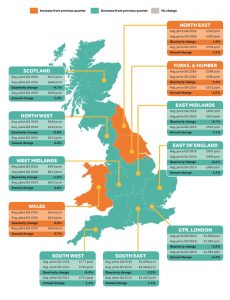 There’s a change in tempo across the private rented sector, says Rightmove, as rents rise in almost every area outside London.

Rightmove’s quarterly index shows a new pattern, as London rents have peaked because the tenants simply cannot afford it.

The Negotiator received a ‘phone call today from one frustrated home-seeker asking for advice on where she could get a ‘room’ in a shared flat in London for less than £1000 per month.

Now, Rightmove’s index shows the facts behind the commentary saying that “Inner London rents fell by 5.2% while there was a smaller drop of 2.5% in Outer London.”

Northern regions led the way as the year ended, with Yorkshire and the Humber up 4.5% and the North West up 4.4%, overtaking the East of England that had been the best performing region until Q4.

In London, more available rental stock throughout the year led to a 4.4% annual drop in prices across the capital. 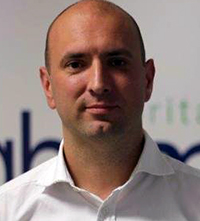 Rightmove’s Head of Lettings Sam Mitchell said, “This year will be one of caution for buy-to-let investors due to tighter lending criteria and increased stamp duty. We definitely won’t see the spike in Q1 purchases that we saw last year as landlords rushed to buy before last April’s new stamp duty deadline.

“If the tax changes being phased in from this April lead to even fewer buy-to-let purchases and some landlords deciding to sell, then a tightening of supply in some areas will lead to increasing rents.

“We forecast that asking rents could rise by 4% outside London by the end of 2017, though in London prices are likely to stay flat.”

Growth outside the capital

Top locations were dominated by the north, including Ashton-Under-Lyne, Oldham and Stockport. In London, Rainham, Bexleyheath and Erith came top as tenants looked for better value in Outer London.

Sam Mitchell added, “Investors looking for the strongest yields could consider investing in certain areas in the North West where both demand and yields are high. Those with a number of properties in the capital may find that tenants are more price sensitive, so setting realistic rent levels will be the key to avoiding void periods. In order to mitigate this, we would recommend landlords asking for longer tenancies to help secure a steady rental income over the next few years while they adjust to what the tax changes will mean for them.”

Rents rise outside London as the capital overheats