The cost of renting a room in London is the lowest it's been since 2014, new data from SpareRoom reveals. 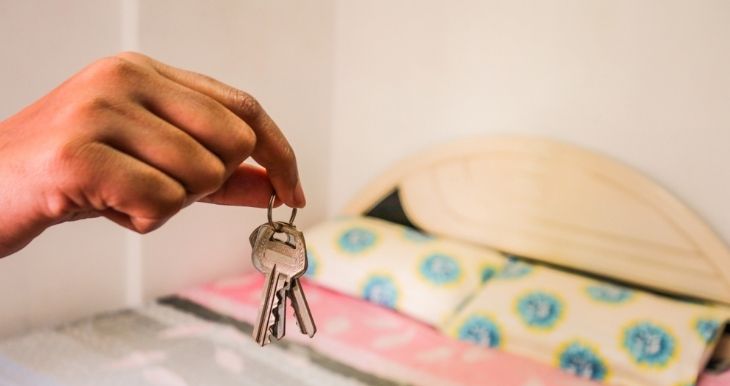 Shocking new research by flatshare site SpareRoom.com shows average London room rents in 2021 were the lowest they’ve been in seven years, bringing to light the impact the pandemic has had on the capital’s rental market.

The new data shows the more central areas of London were hit hardest, while areas further out of the city saw the biggest increases. This is, in part, due to people not wanting or needing to live so centrally in the middle of a pandemic.

Although the London rental market suffered during the pandemic, it’s a different story across the rest of the UK. Excluding London (-6%) and West Midlands (0%), all UK regions saw an increase in room rents when comparing 2021 with 2019. Northern Ireland, South West England and Scotland saw the biggest increases, up 9%, 8% and 8% respectively.

Out of the 50 biggest towns and cities in the UK, Glasgow has experienced the biggest rent increase, up 24%, largely as a result of the COP26 event in November 2021. During this time there was an increase in new ads in the Glasgow area, in particular ads for large properties on short lets with very high rent. This also explains why Paisley, a town not far from Glasgow and home to the city’s airport, became the second most expensive city in the UK in 2021, with average room rents at £673.

Matt Hutchinson (pictured), SpareRoom director comments: “We knew the pandemic had a dramatic impact on room rents in London, but we were shocked to see just how far they fell. 2021 saw the lowest rents in the capital since 2014. Yet our data shows a very different picture beyond the capital, with rents across other UK regions stable or on the up. The last two years have had a huge impact on our lives and have led most of us to question what’s important, including where we want to live.

We saw a huge surge in demand towards the end of 2021, as people started to return to work and restrictions eased. Although Omicron has slowed momentum, early data suggests the capital is starting to regain its appeal. Time will tell how long it takes to regain its pre-pandemic status, but the signs are there that things are turning around.”