The Collective Enfranchisement provisions of the Leasehold Reform, Housing and Urban Development Act 1993, as subsequently amended, enable a group of leaseholders within a building to collectively acquire the freehold. This is on the basis that the building can be divided from its neighbours and that there are no more than 25 per cent commercial premises situated within the building.

At least 50 per cent of the lessees need to participate within the collective enfranchisement. Once a price and the transfer have been agreed, the lessees become the freeholder, and the old freeholder is entitled to compensation.

Whilst this legislation is undoubtedly useful and enables lessees to remove freeholders who can, in some instances, be absentee, uninterested or unscrupulous, the perception within the Prime Central London market, that obtaining the freehold is ‘much better’ than a long leasehold property may be exaggerated.

The perception that obtaining the freehold is much better than having a long leasehold may be exaggerated.

In Prime Central London there are certain buyers that will not buy a leasehold property, and will insist on a share of freehold, but nevertheless, there is no evidence to support any value gap between a lease in excess of 90 years unexpired and a property held with a share of freehold. It is essentially a marketability attribute.

The idea of gaining control of the running of the building is regarded positively but it should be noted that the major Prime Central London Estates such as: Grosvenor, Howard De Walden, Portman, Cadogan, and The Wellcome Trust have been running buildings for a long time. They tend to employ reputable managing agents, and are, generally, relatively good at what they do.

In a building within Prime Central London there will often be very different aspirations between lessees. For example, the Swiss domiciled hedge funder residing on the first floor is likely to have grander aspirations on the designs of the common parts refurbishment than the elderly spinster situated on the fourth floor, and such debate can often prove heated. Furthermore there is an increased tendency amongst lessees, where they own the freehold, to commandeer areas of common parts to incorporate within their demise, which they would be unlikely to do against a third party landlord, and this can lead to significant neighbourly disputes.

The legislation also has the potential to further exacerbate breakdowns in neighbourly relations. Unlike where a freehold is being sold, and the lessees are given a right of first refusal, there is no statutory obligation for a group of lessees seeking to acquire the freehold to invite all of the neighbours to participate in the process; you will only need 50 per cent of the tenants to participate.

Should, for example, in a building of six flats, three lessees decide to undertake the enfranchisement, they do not need to invite the other three lessees to participate, and such exclusion, compounded with the fact that on completion the three lessees that drove the process would then be the landlord to the non-participating tenants, can further sour relations. Whilst the lessees that do participate would have to pay for those lessees that do not participate, with respect to the enfranchisement, in cases where here are less than eighty years remaining on their leases, they would not have to pay marriage value with respect to non-participating tenants. This produces an attractive investment for ‘White Knights’, who are external investors, who fund nonparticipating tenants. This not only prejudices the lessees who have not been invited to participate, but also prejudices the landlord, who will receive less of a premium. We are aware of at least three recent examples of cases where lessees have actively asked and sought to participate within a collective enfranchisement, but have been excluded from the process.

A further element that needs to be addressed, in the case of a collective enfranchisement, is the need for only 50 per cent to participate. This gives rise to the possibility where the aforementioned three leaseholders could serve Notice to acquire the freehold, and the further three who were not invited to participate could take umbrage, and then they serve a separate Notice to acquire the freehold off the previous three leaseholders. This has the possibility to go on ad infinitum, with the only real beneficiaries being the solicitors
and surveyors charging professional fees in the process.

It is often far better to have a common enemy in a landlord, than seeking, through endless evening meetings, to agreed the running of the building.

If, as a building, there is a share of freehold, and all of the leases have, say, 60 years unexpired, it would appear that whoever advised them on the collective enfranchisement did not make sure that new 999 year leases were granted on completion of the enfranchisement, and it would be likely that, as a building, they would seek to allow lease extensions for no consideration.

However, if, for example, one flat is held as a 63 year lease and the others are held on 999 year lease, and whilst the 63 year lease also owns a share of freehold, there is nothing to oblige the co-freeholders to grant the shorter lease a lease extension, unless it can be proved that the lease extension was failed to be granted after the collective enfranchisement, and should have been under the terms of the participation agreement. There have been a number of cases of people purchasing mid-term leases with a share of freehold, for full share of freehold value, in the perception that topping up the lease would be a formality, and where there co-freeholders have rejected this, and insisted that they serve a Section 42 Notice under the terms of the Leasehold Reform, Housing and Urban Development Act 1993 (as amended) to purchase a 90 year lease extension, resulting in a further souring of neighbourly relations.

BETTER THE DEVIL YOU KNOW

Therefore, in summary, if a property is held on a short lease, it is far simpler to serve a Section 42 Notice and extend the lease by 90 years, than seek to get together with ones neighbours in order to acquire the freehold. Better to have a common enemy in a landlord than fall out with your neighbours when the difference in value, if any, is minimal. Whether the other 50 per cent or more of your neighbours agree, remains to be seen. 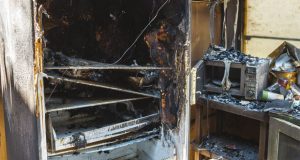