LSL signs up with ZPG for another five years

Sales and letting giant's 500 branches will continue to market their properties via ZPG's two property portals.

The UK’s third largest estate agency group LSL has signed up its 500-branch network to a further five years with ZPG.

LSL’s brands which include Your Move, Reeds Rains and Marsh & Parsons (pictured, right), will now continue to advertise their properties on Zoopla and PrimeLocation.

LSL is the last of the large corporates to sign up to another multi-year agreement with ZPG following a similar deal with Countrywide at the end of September and Connells last month.

The new commitment to ZPG by the three companies is not a surprise; seven years ago all three simultaneously signed with ZPG and all their then CEOs – Grenville Turner (Countrywide), Simon Embley (LSL) and David Livesey (Connells) were each appointed Non-Executive Directors of Zoopla, before it became ZPG.

At the time CEO Alex Chesterman described the deal as a ‘long-term strategic partnership’ and the recent re-signings are a continuation of this.

All three companies were also investors in Zoopla, although last year all three sold either all or a sizeable chunk of their shares in ZPG.

“We are happy to have agreed a long-term extension of our existing relationship with ZPG,” said Ian Crabb, the current Group CEO of LSL (pictured, left), about the new deal.

“We have worked closely with the team at ZPG for a number of years and they continue to deliver a great service to our brands and customers.”

Alex Chesterman, Founder & CEO of ZPG (pictured, right), said, “LSL are an important customer for ZPG and we are delighted to be extending our relationship with them for the long term. We look forward to continuing to ensure that LSL’s brands and customers get the best exposure for their properties and LSL has access to the most effective services in the market.” 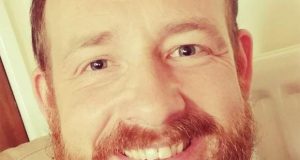