New HM Revenue & Customs Tax Receipts statistics show that the Chancellor’s reform of the Stamp Duty Land Tax (SDLT) is having an impact on tax receipts. 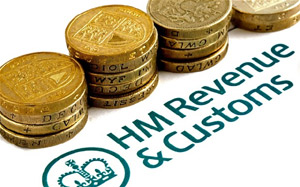 Some 71 per cent of homebuyers in England and Wales will benefit from changes to the Stamp Duty Land Tax (SDLT) announced in the Autumn Statement, according to Nationwide.

Nationwide said that 86 per cent of purchases in London and the South East would profit from the Government’s decision to abolish the slab structure on Stamp Duty tax.

Homebuyers in London are set to be the biggest beneficiary of the change due to the fact that home prices are generally higher and thus a higher proportion of transactions are liable for stamp duty.

Overall, it is estimated that 98 per cent of buyers will pay the same or less tax under the new system in which purchasers pay the marginal tax rate on the relevant elements of the purchase price. According to 2013/14 data from the Land Registry, homebuyers in England and Wales would save an average of £1,600.

In fact, according to the latest H M Revenue & Customs Tax Receipts statistics released in recent days, the Chancellor’s reform of the SDLT regime is already having an impact on tax receipts. The figures show that following the changes, SDLT receipts in January 2015 were down £299 million month-on-month, and down £126 million compared to a year earlier.

Robert Pullen, Personal Tax Manager at London Chartered Accountants Blick Rothenberg LLP, commented, “In the Autumn statement on 3rd December, the Chancellor announced that from 4th December the amount of SDLT charged on a transaction was to be calculated on a progressive basis, rather than a ‘cliff-edge’ system. A person buying a house for £300,000 on 3rd December would pay SDLT of £9,000, whilst someone buying the same house at the same price on 4th December would pay SDLT of £5,000, a saving of £4,000.”

However, Pullen added, “Of course not all people have been made better off by these changes, with those purchasing houses over £937,500 being worse off, so for those people, this could instead be considered the first pre-election tax increase and was definitely not a tax break.”

Meanwhile, the January Transaction Data from Land Registry shows that it completed over 1,319,660 applications from its customers in January. This includes 1,278,536 applications by account customers, of which 335,489 were applications in respect of registered land (dealings); 595,723 were applications to obtain an official copy of a register or title plan; 162,298 were searches and 93,018 were transactions for value. 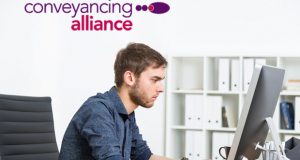 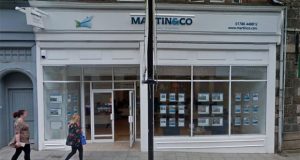