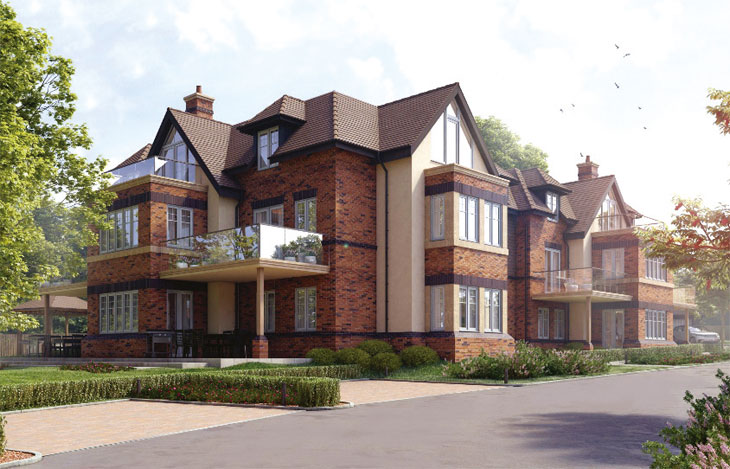 “And now the end is near” recently echoed around Kingsbrooke, the luxury development by Lockley Homes in Colwall, near Malvern, which is nearing completion.

Lockley Homes, in conjunction with selling agents Grant & Co, held the Open Day and visitors were serenaded by a Frank Sinatra tribute act to celebrate the completion at the two acre site.

There are ten homes including two large four bedroom detached houses and two traditionally-styled two bedroom bungalows, but it was Lockley Homes’ unique “Sky Bungalow” concept that has caught the eye. The six luxury two bedroom apartments are laid out like a traditional bungalow inside and, at sizes ranging from 1,650 to 1,800 sq ft, they are 10-20 per cent bigger than traditional bungalows and around £100,000 cheaper.

Karl Lockley, Joint Managing Director, said, “With the two-four bedroom houses and the two two-bedroom bungalows already sold, and the first of the ‘Sky Bungalows’ already reserved, we now focus on Connolly House, ideal for ‘lock up & leave’ buyers.”

Tom Grant, Director of selling agents Grant & Co in Ledbury, said, “Kingsbrooke is a very high quality, premium-priced development and it stands out from other property as a secluded, quiet site.”