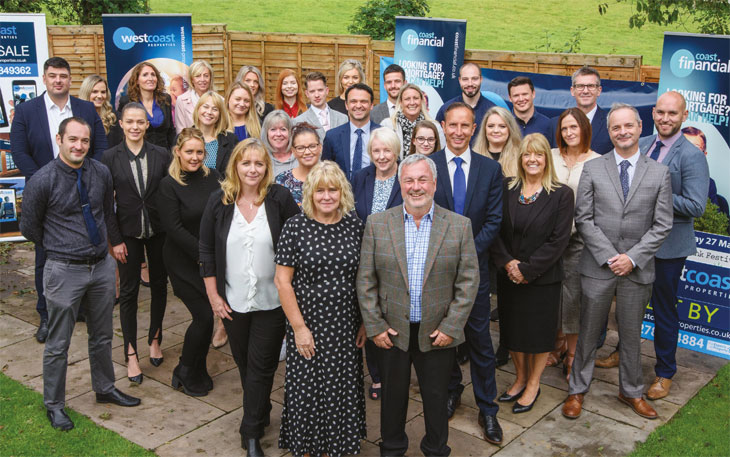 2020 marks the 25th anniversary as well as new ownership for Bristol and Somerset estate agency, Westcoast Properties, with a management buyout that has freed up founder and former managing director, Martin Crees, for retirement.

Established by the entrepreneurial Martin and his wife Kay in 1995, Westcoast Properties initially managed a professional property portfolio from its first office in Weston- Super-Mare. With Martin’s enthusiasm and energetic approach, the business was a great success, developing and expanding over the last quarter- Century into a network of five branches – in Weston-Super- Mare, Burnham-on-Sea, Portishead, Nailsea and the latest in the Patchway area of Bristol.

Martin has handed the Westcoast reins to directors, Nicholas Webber and Lindsay Pickles, though he will be non-executive director.

Nicholas’s estate agency career began in 1993 within a local southern agency, where he made rapid progress and became a branch manager. He joined Westcoast Properties in 2007.

Lindsay, a fully qualified accountant with a background in accounting and customer services, joined Westcoast in 2010 as its company accounts manager.

Nicholas said, “We obviously knew a while ago that Martin and Kay were hoping to retire, and they were keen for Lindsay and I to take the helm. Westcoast is super important to Martin. Having built the business from scratch, he feels immensely passionate about it and he wanted to retire knowing it was in safe hands.

“Lindsay and I make a formidable partnership and with Martin and the fantastic team behind us, we are looking forward to a great future for Westcoast.”

All five branches of Westcoast Properties are fully open and Covid-safe. Every staff member is back from furlough and the market has once again gathered momentum, fuelled in part by the Stamp Duty holiday, which is in place until 31st March 2021.

The power of three