Rogue Manchester landlords to have properties bought off them

City's Labour mayor Andy Burnham says landlords who can't achieve minimum standards will be offered way out, but not at market value.

Landlords in Manchester who are reluctant to bring their properties up to the minimum standard will be helped to exit the market by having their buy-to-let properties bought from them, its Mayor Andy Burnham has revealed.

The former Labour front bencher and MP says the measure is part of a package designed to drive out rogue landlords from Manchester and transform its private rental sector.

Burnham, who used to be Secretary of State for Culture, Media and Sport in Gordon Brown’s Labour government, says his proposed amnesty will give landlords who are not willing to meet minimum standards of service and accommodation a way to exit the sector, although he suggested they were unlikely to receive the full market value of their properties.

“We need to isolate those that are giving the sector a bad name,”

Speaking at the Residential Landlords Association’s ‘Future Renting North’ conference in Manchester yesterday, Burnham also said he wanted to introduce a Good Landlord Scheme, although details of the plan are sketchy as the mayor is still fleshing out his proposals.

He said there were still too many bad landlords in the region and, echoing the government’s recent push to introduce improved tenure within the PRS, said he wanted to tackle what he described as an “epidemic of insecurity”.

“We need to isolate those that are giving the sector a bad name,” he said.

“We will work with [landlords] to establish what’s reasonable, what’s fair and what [they] should be expected to provide.”

The Mayor, who was elected in May last year, also said he plans to reveal a new housing policy in June, and that his Good Landlord Scheme would be introduced within 12 to 18 months.

Read more about the RLA. 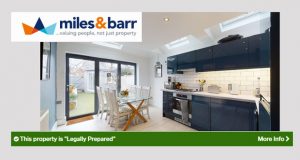