Sign in or Sign up
The essential site for residential agents
Home » Features » Is there any value in a mansion tax?
previous next
Regulation & Law

Is there any value in a mansion tax?

It has been more or less been killed off by the Chancellor's new Stamp Duty regime - but did the mansion tax ever have much currentcy? 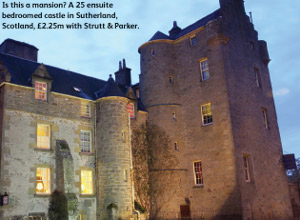 So many questions remain unanswered about the mansion tax – and we need answers before we can properly evaluate its likely impact on the property market.

For instance, at what rate would the tax be set, will it be linked to house price inflation? How many additional bands are to be included for properties over £2 million. How much is likely to be raised and will it be deferred for older people so only payable on death or the sale of a qualifying property? What could be the effect on TOTAL tax revenues and the economy in general if foreign investors are deterred from purchasing in sufficient numbers? And, if you fail to disclose your home is worth over £2million, will you be guilty of tax evasion?

Even shadow minister, Andy Burnham, cannot say whether Land Registry, the Valuation Office or HM Treasury will be responsible for its implementation.

Or could you argue the tax is only being demanded as successive governments have failed to provide suitable incentives for new building?!

WHO WILL BE HIT?

I gather that over 25 per cent of the 108,000 owners likely to be affected by the tax are – according to Zoopla – pensioners, many of whom may have been left houses by parents or grandparents, while others, who may have bought fairly modest properties when earning average salaries could now find themselves forced to move out of their homes by the extra charge.

Labour previously promised that the asset rich, cash poor would be “protected” against the worst effects of the tax but it seems 99 per cent of those owning homes worth more than £2m will have to pay. Hometrack tells us that 40 per cent of eligible properties actually fall into the £2m and £2.5m category so surveyors can expect to be working on a flood of appeals as owners try to avoid liability.

Mansion tax feels like a punishment for those living in London and the south east in particular where 95 per cent of properties over £2 million are affected. But there’s a mismatch between perception and reality.

According to Knight Frank only about 14 per cent of homes in London valued at over £2m could be described as detached “mansions” whereas 38 per cent are flats. Apparently, more than a quarter of homes in England and Wales in that price bracket are flats located within the London Boroughs of Westminster and Kensington and Chelsea which contained nearly half of all such homes! Nevertheless, there’s no doubt that taxes influence behaviour.

Mansion tax will act as a disincentive to freehold or leasehold purchases as well as property extension and improvement. More conversion of family houses into two or more flats is likely too – with many likely to be reversed after assessment.

Alternatively, property titles could be split to show separate use of property for perhaps business or letting purposes as another way of reducing value and tax avoidance.

Even the prospect of paying approximately £15,000 per annum, which has been suggested as the average tax due on homes over £2million, will definitely distort the housing market. The asking price of homes at or just over that level and transaction numbers are already falling and the gap with lower priced properties created by the introduction of 7 per cent stamp duty on the purchase of homes in excess of £2 million, will widen.

Homes previously thought to be worth over £2m are now available at £1.95m whereas a ripple effect will result in a dip in value of properties further down the ladder. We’ve also noticed some sellers trying to take advantage of buyer interest just below £2 million by trying to inflate their asking prices. Demand is likely to be noticeably lower for properties up to 10-15 per cent above £2m as well as for those up to £500,000 below the magic number bearing in mind the rapid increase in property values over recent years.

London house prices have risen on average by 610 per cent and 237 per cent in the rest of the UK since 1991 according to Land Registry! As a result, affordability may rise but buyers, especially those at lower prices more exposed to higher levels of mortgage finance, will be vulnerable to liability for mansion tax if values continue to rise.

Homeowners in London and the south east already pay the most property tax in this country so is it fair for them to pay even more?

The consequent downward shift in prices will probably prompt a fall in the threshold at which the tax is initially levied so that the revenue target is maintained.

Alternatively, wouldn’t it be preferable to use the proceeds of mansion tax to directly raise the supply of affordable housing which would help to keep prices in check and make people more aware of why they were paying the tax?

Or, wouldn’t revaluation of the outdated Council Tax for the first time since 1991 represent a fairer option? The present system undertaxes higher value homes. A home worth £10million falls into the same band as a property valued at £321,000, which can’t be right.

However, I think those of us living and working in London can get carried away with the mansion tax issue. Many in the rest of the country probably aren’t too worried if wealthy Londoners have to pay a bit more tax!

On the other hand, what would hardworking Londoners in relatively modest three bedroom houses paying the tax think about those living outside London in real mansions with several expensive cars in their driveways who would not be liable for a penny?

Taking into account the effect of the recent referendum on the Scottish property market, the uncertainty created by even the threat of the mansion tax will still compromise, property prices and crucially, transactions throughout the market – not just those above £2m. Housing supply, economic activity and job mobility will be compromised too – at least until after the election next May.

Labour’s former housing and local government minister, Nick Raynsford, summed up the feelings of many when he said, “mansion tax is good politics but bad policy.” It is now clear, the wider direct and indirect costs such as capital gains tax and VAT of generating relatively little additional net revenue may not be worth all the effort! 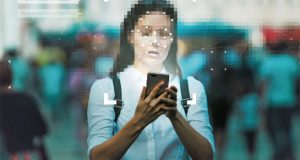 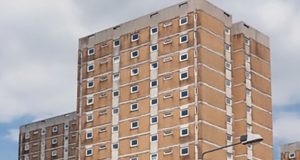