Sign in or Sign up
The essential site for residential agents
Home » News » Housing Market » Mansion Tax would be bad for property, warns agent
previous next
Regulation & Law

Mansion Tax would be bad for property, warns agent

The majority of agents believe Labour's proposed mansion tax will have an adverse impact on the housing market. 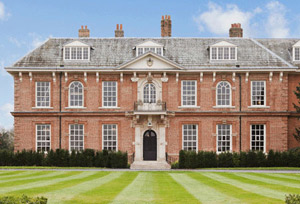 With just over a week until the General Election, London based estate agents Sandfords has joined a chorus of other industry experts and warn of the possible ‘disastrous consequences’ for the residential property market if Labour is elected into power.

The estate agency firm is particularly concerned about the party’s plans to introduce a mansion tax on all homes worth more than £2 million, and the potential impact that the levy could have on the housing market in London as well as other parts of the country.

_“In the immediate run up to the Election we are seeing a lot of influential individuals, economists and agents shouting about the reality of a Labour Government and the effects their proposed mansion tax will have on the whole property market, and not just in London,” said Tim Fairweather, a Director at Sandfords.

“We have voiced our fears of Labour’s taxing policy on numerous occasions ever since its proposal but it’s now increasingly apparent that it will provoke far reaching problems that will have an effect on millions of everyday people,” he added.

Although Labour insist that they want to help aspirational homeowners gain a foot on the housing ladder, Fairweather claims that the party are merely “bashing the rich” with their proposals for housing.

“Labour seem to be under an illusion that their proposal would not involve the lower end of the market.” Fairweather continued. “It’s quite clear that the introduction of a mansion tax would shake up the entire property market and its undoubtedly not going to be exclusive to the capital either. There is uncertainty over the clarification of property values and this will cause no end of problems with pricing in and around the £2 million bracket. Prices will fall at the top end of the market which will ricochet into the mid-market hitting the exact people that Labour proposes to support. Below the threshold we will naturally see increased competition which in turn will result in prices being driven up, pricing out a whole group of buyers wanting to move up the property ladder.”

He added, “The market currently is subdued but by no means completely dampened. Transactions are going through and demand is evident. Following the Election, if Labour are successful and do enforce the mansion tax, there will be consequences; a flattened market in not only areas where there are ‘mansions’, which many are in fact just large family homes, like London and the South East but also further afield.”

Fairweather’s comments are unlikely to go down well with senior Labour politicians.

Earlier this year, the party slammed Knight Frank for sending out material to households highlighting what the property firm described as the “threat” of a mansion tax before the Election.

Sadiq Khan, the Shadow Justice Secretary, accused the firm of “scaremongering” arguing that it was an attempt by the estate agents to sway the outcome of the election.

The Knight Frank letter did not tell voters which party to vote for ahead of the election but did warn of the potential implications that the levy on high-value homes could have.

_The letter sent out in Wandsworth, which is a marginal seat, read, “Ahead of the General Election on 7th May, you will no doubt be considering the implications of the result on your investments and assets.

“For those with a stake in the upper end of the housing market, the threat of a potential Mansion Tax is one obvious area of focus. We felt you would be interested in this particular issue and the attached insights from our Global Head of Research Liam Bailey (right).”

Khan responded to the letter by saying, “Estate agents are one of few professions trusted less than politicians, and I am shocked that Knight Frank think it is acceptable to scaremonger like this.”

A recent survey by the National Association of Estate Agents (NAEA) found that 57 per cent of its member agents believe that Labour’s proposed mansion tax will have an adverse impact on the housing market, while 45 per cent of its members see the Conservatives’ flagship housing policy of developing 200,000 new homes as potentially having the most positive impact on the residential property market.

_Mark Hayward of the NAEA commented, “Demand is still vastly outweighing supply in this country, so it is clear something needs to be done to aid this growing problem. Whoever wins it is vital that building more affordable homes is top of their agenda.”