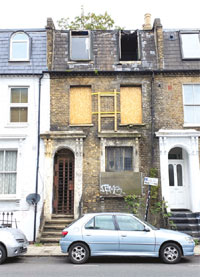 Director and Auctioneer at Auction House London, Andrew Binstock said, “It was an extraordinary auction. Five-and-a-half hours of endless bidding meant I did my longest ever stint on the rostrum without stopping, with many properties flying miles above their reserve prices.”

Highlights of the auction included a shell of a five-bedroom terraced house (pictured right) in Brixton, South London, guided at £400,000 with the reserve price close to that figure. It was featured in the Sun newspaper, which said that once renovated, it could be worth £1m. The property was propped up inside and had remained untouched for 30 years. Bidding was fast and furious with the lot eventually selling at £717,500. 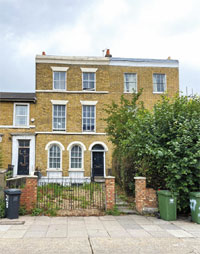 Andrew Binstock continued, “This lot in Brixton, was utterly extraordinary. We had indications the bidding might get into the late £500s, but none of the registered bidders had stated on their forms that the bidding would surpass the £600k mark, never mind the £700k. It may well be one of the greatest auction lots of all time – it ticked every single box.”

The story was repeated for a property (left) in New Cross Gate, south east London. Bidding started on the nine bedroomed house at £600,000 and the hammer went down at £877,000.

Andrew Binstock said, “People were worried whether or not the market was back. It’s very, very ‘back’!” 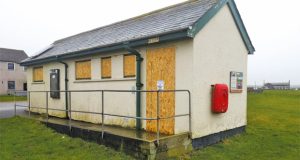 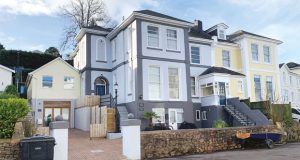