Classic unmodernised homes in the Woodseats and Hillsborough areas of Sheffield are in demand.

Exceptional levels of interest for the properties in the two districts came at the city’s last major property auction of the decade held by Mark Jenkinson and Son, where 30 of the 36 lots sold for £2.75m. 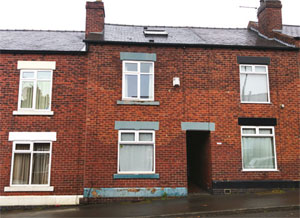 The Sheffield-based auctioneers also reported remarkable sales for last couple of years – their busiest period since the property crash of 2007 – holding 16 auctions where 502 of the 586 lots sold for £61.65 million, a success rate of 86 per cent. “It has been a remarkable period,” said Adrian Little, Head of the Auction Department. “The figures for December continued the upward trend even though the auction was two weeks before Christmas and just before the General Election.

“We saw exceptional levels of interest for two vacant terraced houses at Woodseats and Hillsborough. With more than 50 viewings it illustrated the strong demand for unmodernised homes in Sheffield and, in particular, in these districts.” The property (above) in Woodseats, went for £132,000 and the one at Victor Street, Hillsborough, went for £101,000.