The market share of hybrid/online agents has fallen to 6.7 per cent in 2021 from a high of eight per cent in 2020, revealed in report by market analyst, TwentyCi. 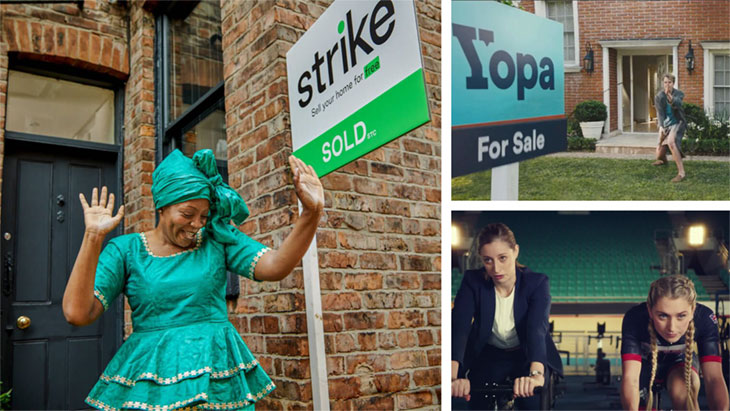 The market share of hybrid/online agents has fallen to 6.7 per cent in 2021 from a high of eight per cent in 2020 reveals the 2021 End of Year Property & Homemovers Report from property and data insight specialist, TwentyCi.

During the pandemic many sectors and categories have seen a significant shift online, however, the estate agency sector has not followed the trend, with a low level of market penetration persisting. Traditional High Street agents have been found, in the main, to have benefited from the surge in residential property transactions.

The fall in market share of the hybrid/online agents is across all the core price bands of the UK property market, other than in the transactions of +£1 million. The £200k-£350k price bracket has experienced the largest year on year dip at -12.5 per cent.

Colin Bradshaw (right), Chief Customer Officer, TwentyCi, commented, “Such a considerable underperformance in a buoyant market will clearly raise significant interest in the viability of the business model that has failed to gain traction with 93 per cent of sellers last year. This suggests that perhaps sellers prefer the tangible, personal and reassuring approach given by traditional agents. Whether this is a blip remains to be seen.”

2021 has seen a level of activity that is unprecedented since prior to the global financial crisis of 2008. Sales Agreed have risen by 13 per cent year on year and Exchanges have jumped by over 28 per cent demonstrating that the momentum stimulated by the Stamp Duty holiday was maintained throughout 2021.

New Instructions, however, are down by nearly six per cent compared to 2020 suggesting that a strong sellers market still persists. The need for price changes is also significantly down (-24 per cent) as is the number of properties being withdrawn from the market (-17 per cent) indicating that sellers can command close to asking price for their property. With demand exceeding supply there is less requirement for discounting and less stock encourages buyers to remain in transition rather than look for an alternative.

There remains an acute lack of stock coming to the market. There was five per cent fewer properties coming to the market in 2021 than there were the year before. Aside from Inner London the whole of England and Wales at a regional level has between 2.2 and 3.1 months of property stock left to sell. Overall, the available months of stock are down by almost half on historical norms. In comparison to 2019 there has been a significant reduction in the availability of all property types except for flats. This is reflected in the number of bedrooms available across the market with a significant deficit in 3+ bedroom properties (-16 per cent). The property stock available now is represented more by mid and higher priced properties compared to 2019. More affordable housing has declined by 13 per cent, whilst properties worth over £750,000 have increased by 37 per cent.

There is a distinct North-South divide emerging reflecting the property market prior to the pandemic. House prices in the North have fallen by an average of -2.1 per cent year on year. The North East has experienced the largest fall at -4.7 per cent, whilst Yorkshire and Humber prices slumped by -1.08 per cent.

By contrast, property prices in the South have risen by an average of 5.28 per cent. Inner London has recovered experiencing year on year growth of 8.95 per cent. This is primarily driven by resumption of foreign investment both post-Brexit and post Covid. Wales and the South East have also experienced significant increases at 6.73 per cent and 6.69 per cent respectively.

TwentyCI’s Colin Bradshaw added, “The intensification of the North-South divide post-pandemic contradicts the flight to green spaces and the flexibility of for more hybrid working. Moreover, with the Government promoting a ‘levelling up’ agenda and a desire for a ‘Northern powerhouse’, the report suggests that there will be significant challenges to make this a reality, especially with the axing of the second phase of the HS2 rail extension.”

Despite the lack of properties coming to the market, and therefore limited choice for buyers, the number of people wanting to move remains high with 317,793 householders saying they are considering moving. The latest report reveals that there are over 1.1 million households currently within the home move journey: entering, progressing or completing the process of moving. This presents a significant opportunity to many different sectors including retail, construction and DIY and services. The spending power (+3 per cent of GDP per annum) associated with this massive volume of home movers can bring huge revenue gains and strong return on investment, bolstering the economy as we continue to navigate the impact of the pandemic.

Sales agreed across the whole of the UK are on average 12 per cent greater than in 2020, with double digit growth being experienced in most regions. Inner and outer London demonstrates a significant rebound at almost 16 and 12 per cent growth respectively. Whilst Wales achieved the highest growth at 29 per cent.

The lettings sector continues to remain suppressed driven down by the desire to buy rather than rent together with the macro adjustments sparked by the pandemic, such as a fall in demand for urban living. However, as the return to the office looks like it is on the cards and a significant lack of stock in the owner-occupied sector, it is expected that the rental sector will experience a boost in 2022.

The average asking price across the UK is £1,439 per month, an increase of four per cent since 2020. All areas except London have seen a drop in demand. The South West has recorded a fall of 15 per cent since, whilst by comparison Outer London has seen rental volumes increase by 11 per cent initially driven by availability and affordability. However, a recalibration of the market is likely in 2022.