Group Managing Director will continue as a consultant until June 2017 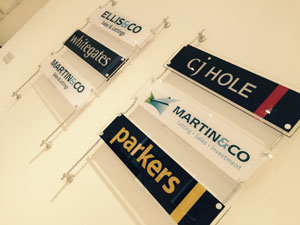 He says that he will focus his time on his role as Vice Chairman of The Property Ombudsman, but will continue as a consultant for the Group until June 2017.

The Property Franchise Group welcomed Michael on board when Martin & Co purchased the Xperience and Whitegates estate agency brands from Legal & General in November 2014.

Michael (left) has spent 40 years in estate agency, having worked for many notable estate agents including roles as the Managing Director at Winkworth and Legal & General Franchising.

Commenting on his decision, Michael said, “I am very fortunate to have supported the integration of the ‘Xperience’ brands alongside the Martin & Co business, which now positions the Group as one of the largest and most successful estate agency and lettings Groups in the UK, with almost 300 offices and turnover at the franchisee level of £73 million.

“The Group is now very well positioned for further growth and I am delighted to continue to work as a consultant with the Group until next June and immersing myself in my role as Vice Chairman at The Property Ombudsman.”