Millennials on the move as housing market shifts

55 per cent of UK householders rent their homes. 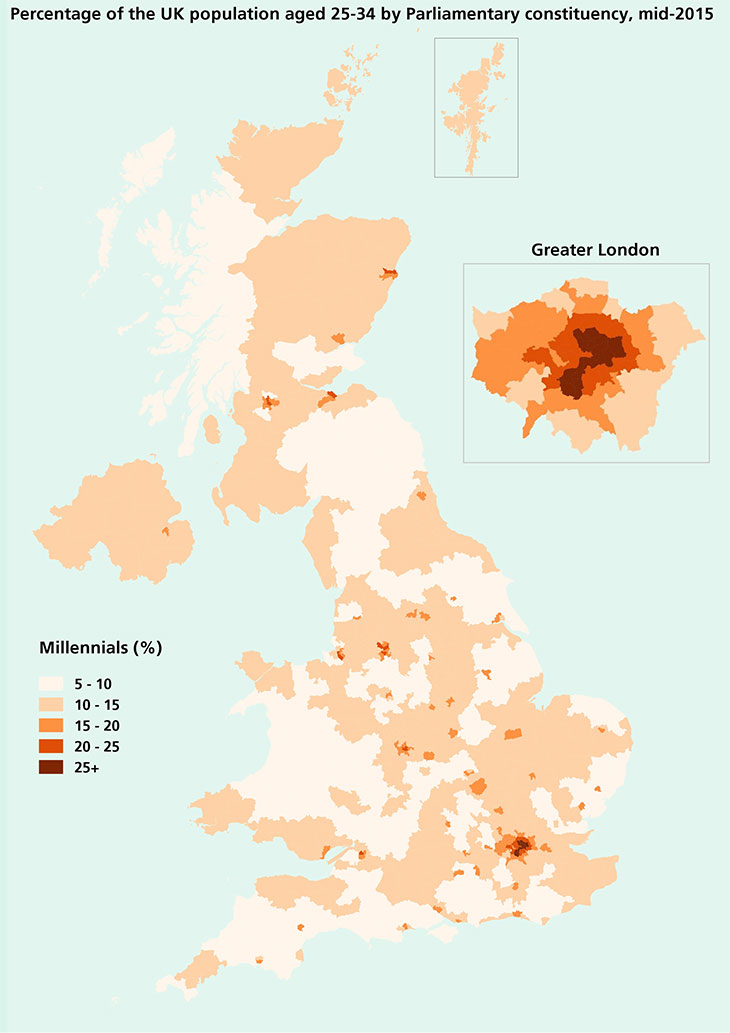 Millennials, (that’s anyone aged between 25 and 34, born between the mid-1980s to the mid-1990s, according to the Government), make up 13.9 per cent of the total of the UK population and we hear a great deal about the challenges they face in terms of housing.

Now, a new briefing paper from the House of Commons measures the demographic components of the ‘Millennials’ group, providing some interesting statistics around their wealth, work and housing, compared to that of older generations.

Millennials like city living – 20 per cent of this age group live in London, compared to 14 per cent of the UK as a whole. Their favourite haunts are Battersea (32%), Vauxhall (31%) and Bethnal Green and Bow (30%). Clearly Millennials aren’t too keen on the South West, Wales and the South East, with each area homing about 12 per cent.

In the latest haart monitor, published by the estate agency, haart, found that first time buyer registrations jumped by nearly 20 per cent across the UK and by 30 per cent on London.

Paul Smith, CEO, haart, said, “The pressure on first-time buyers was eased this month, as record price rises began to stabilise across the country. This has led to a bounce of nearly 20 per cent more first-time buyers registering interest in England and Wales and a massive 28 per cent in London – a jump bigger than any we have seen in the last four years.

“However despite this surge in activity in March, pulling together the money for both a deposit and stamp duty is still the biggest challenge for aspiring homeowners. This month Government data found that 60 per cent of households occupied by millennials were rental properties, a complete reverse in the trend seen 20 years prior. Clearly there is still much work to be done.

“All political parties should grasp the upcoming election as an opportunity to create a housing market that is fairer for all, encourage homeownership, as well as incentivising housebuilders to build family homes to free up sufficient stock. At the moment first-time buyers are seizing the opportunity to get on ladder wherever they can, because the Government has apparently run out of ideas.”