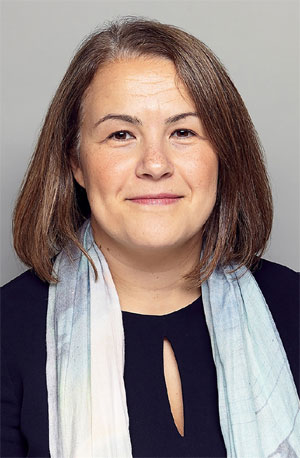 The estate agency world has largely swerved tackling how employers within the sector treat lesbian, gay, bisexual and transgender (LGBT) employees. This is despite official statistics showing that two per cent of the population identify as LGBT, which means there are several thousand working in branches all over the UK.

Moving the dial on this has been left to a handful campaigning and committed figures within estate agency pushing for action. Many are members of freeholdlgbt.com, a unique networking forum for LGBT property professionals who work within the UK real estate sector. It launched ten years ago and has grown to nearly 1,500 across the industry’s commercial and residential sectors.

The group started when a property lawyer and a surveyor bumped into each other in Clapham, London and realised they were both LGBT+ but didn’t know anyone else who was and talked about how being LGBT+ was hard for those working in property.

Discrimination can take different forms. Often it’s more subtle things like not being put forward to meet a particular client.

One of its high-profile board members is Misa von Tunzelman, who is bisexual and a senior marketeer at BNP Paribas Real Estate. Her job includes overseeing Strutt & Parker’s marketing and communications.

“The point of the group is that LGBT+ people wouldn’t feel alone and had somewhere to go for mutual support and build awareness and acceptance of them within the industry,” she says.

“I think the industry is moving forward but at different speeds depending on location, size of organisation and sector,” says Lisa. “I used to get asked a lot whether LGBT really mattered within the property industry, but I am asked that far less now.”

“For businesses to be successful whatever industry they are in you need a range of inputs and ideas to create innovation and speak to customers of all different types and, also, to appeal to the young people who you are trying to attract into your business. There is also plenty of research to show that staff who are in the closet and stress about being outed every day are much less productive.

“And having myself been in the closet for about ten years at work at a previous employer, it’s exhausting. “It’s just a waste of energy having to constantly worry about being ‘found out’.”

Have you faced discrimination?

“No, I haven’t. But I have experienced casual homophobia within the property industry,” she says. “I guess that’s because at the time I wasn’t out so people felt it was OK to make jokes or comment in a way that made me feel it wouldn’t be safe to be out – but when I did come out it was fine.”

“Discrimination can take different forms. It can be pay or promotional restrictions although I’ve never witnessed it directly. More often it’s subtle things like not being put forward to meet a particular client or work on a certain project.”

How about Strutt & Parker?

“I was interviewed for this job by our former CEO Andy Martin and I was clear about my LGBT+ activities during the interview,” Misa says. “In 2017 he attended an event about LGBT+ within the industry and was part of a round-table discussion and wanted to find out more about people’s experiences.

“Also, I felt more comfortable here because people would wear rainbow lanyards, for example. The big surprise for me was when the Canterbury office lobbied me to fund sponsorship of Canterbury Pride – which given its rural location was remarkable.

“I think attitudes to LGBT+ in the UK have shifted quite a long way in the past ten years.

“Just because someone is in tweed doesn’t mean they are not accepting of LGBT people.”

What can agents do?

Von Tunzelman says it’s about creating an inclusive environment – you have to talk about LGBT+ in a normal way whether it’s a local Pride festival or a relative or whatever. “Just make it a part of the conversation so it becomes known that your branch or office is a safe place to be for LGBT+ people,” says Misa.

She also says that agents can use their marketing spend to create advertising that is inclusive too, which can be positive both for your staff and your clients. “If you are an LGBT+ couple for example looking for an estate agent to help you move home then you will want to choose one who they think is open to who you are,” she says.

“One thing they can do is get in touch with local LGBT+ groups or national ones like Freehold and be part of the wider discussion.”