Rebecca Marsh, The Property Ombudsman, decides a case where an agent goes into liquidation having taken money for repairs and maintenance, rent and the deposit. 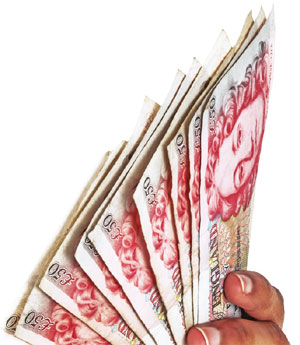 The Property Ombudsman was made aware that the agent had commenced with the voluntary liquidation process. As a result, the agent did not provide a submission letter or their company file in order to respond formally to this complaint. Due to a lack of contemporaneous evidence from the agent, the Ombudsman accepted the landlord’s account of events as accurate in order to determine whether the agent had complied with their obligations under the relevant paragraphs of the TPO Code of Practice for Residential Letting Agents 2016 (the Code).

Any award would need to be pursued via the liquidator.

The complainant was informed of the voluntary liquidation process, explaining that, even though the formal review could be carried out, any award proposed would need to be pursued via the liquidator.

Monies paid for repairs and maintenance

The landlord said that he paid £2,300 to the agent for the purpose of remedial works and improvements to the property, including the repair of the banister. The landlord said that he requested copies of invoices for the work conducted on numerous occasions, and for photographs of the property to show the work undertaken, but these were not received. The tenants complained to the local council in relation to the condition of the property and vacated shortly afterwards. When the landlord gained possession of the property, he noted that the works he had requested be carried out had not been completed and therefore requested that the agent return the monies paid.

Under Paragraph 14b of the Code, the agent was required to respond promptly and appropriately to reasonable communications from the complainant, particularly where these relate to statutory repairing or maintenance obligations or safety regulations. Furthermore, under Paragraph 14d of the Code, the agent was required to keep suitable records of repairs and maintenance carried out. The Ombudsman was provided with a screenshot of the landlord’s bank statement, showing that he paid £2,300 to the agent, but no further contemporaneous written evidence was received to allow the Ombudsman to establish the subsequent actions of the agent. As highlighted above, due to the lack of evidence from the agent, the Ombudsman accepted the landlord’s account of events and was not satisfied that the agent had conducted the repairs and maintenance requested. This element of the complaint was supported.

Due to limitations under Paragraph 12e of TPO’s Terms of Reference, which precludes the Ombudsman from considering an issue which came to the complainant’s attention more than 12 months before making the formal complaint, the Ombudsman was only able to consider the agent’s actions and inactions for the latter of the two tenancies. Despite the agent’s failure to notify the complainant about the tenants’ rent arrears, it was the tenants’ obligation to pay their rent under their Tenant Agreement. Therefore, the Ombudsman could not make an award for rental arrears as responsibility for such fell to the tenants but the Ombudsman did not feel that the agent met their communication obligations and therefore supported the complaint with an award of compensation.

The landlord said that a Deposit of £650 was taken by the agent for each of the two tenancies, but that these monies were kept and not passed to him as part reparation for the rental arrears of the tenants. At the end of a tenancy, an agent should communicate with the landlord, to establish whether they wish to make any deductions to the deposit, and this then communicated to the tenant.

There was no evidence to suggest this communication took place and given that evidence that was provided shows both tenancies ended with at least three months of rental arrears, it was reasonable to conclude that the landlord would have intended to withhold the full amount of the deposits to compensate him for some of the arrears. Due to the lack of communication from the agent to the complainant, the Ombudsman supported the complaint and concluded that the agent should forward both of the deposits (£1,300) to the landlord.

The Ombudsman supported the complaints made with a total award of £4,000 in compensation. This reflects the return of the £2,300 paid to the agent, the two £650 deposits and the additional aggravation, distress and inconvenience caused as a result of the agent’s inactions. However, the Ombudsman could not enforce the award as the agent went into voluntary liquidation but the landlord could pursue the amount through the liquidator, the contact details for which were provided to the complainant.