More stress in the PRS

Last month Paul Shamplina reported on the rising tide of tenant evictions, this month, Michael Portman, MD of LetRisks, says that prevention is better than cure. 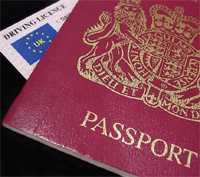 Eviction is bad news for everyone – tenant, landlord and agent – so finding and keeping good tenants is the aim of all professional letting agents and with the rapid growth of the rental market, one might think that this should be easier than ever before. However, the reality is that the incidence of bad tenants is indeed on the rise, resulting in thousands of pounds in lost rental income, administration time and legal fees.

The volume of tenant demand in some parts of the UK has dramatically increased, but so too have some of the major problems that agents face. Rent arrears, for example, are again on the rise. In the final quarter of 2014, there were 68,100 tenants in severe rent arrears of more than two months*. This represents an increase of 4,600 such tenancies compared to the same quarter one year earlier – the equivalent of a 7.2 per cent annual increase. (*Source: Your Move and Reeds Rains in January 2015). Rent arrears can have a disastrous effect on a landlord’s financial position.

There has also been a significant increase in the number of detected identity thefts year-on-year according to credit reference agency Experian’s recent research.

It reveals that of the fraudulent incidents that were detected, 47 per cent were found to be those in which the victim’s identity was stolen by a third party. This was a jump from the previous year, in which only 30 per cent of cases were of this type.

Criminals that steal a third party’s identity often use it to secure a rental property. Applicants fill out tenancy application forms fraudulently in the hope of passing referencing checks, as they move from property to property, with no intention of keeping up with the rent.

Fraudulent tenants often give false information on where they have been living previously to throw referencing companies and letting agents off the trail. They are also often difficult to evict as they tend to have an intimate knowledge of the legal system and how to circumvent or delay possession proceedings.

Experienced agents usually have good instincts when it comes to picking out a potential problem tenant.

Face to face conversations with tenant applicants can be revealing and discrepancies in the value of the tenant’s car compared to the value of the property being let may hint at an underlying intention to mislead.

Many cases of illegal subletting, cannabis farming or non-payers could have been avoided if the landlord or agent had listened to their instincts.

When it comes to completing application forms, the more information that can be obtained, the better. Should the tenant subsequently abscond or leave owing money, this can be vital to tracing the tenant or family members.

More crucially however, should the applicant make false statements, it is this document that will provide evidence to support an eviction under Ground 17.

Landlords and agents should ask for and take copies of photographic ID, such as a passport or driving licence, and take the time to compare details with what has been submitted in the application form. Does the tenant’s name and current address shown on the application match that shown on Proof of Address documents such as a recent utility bill, telephone (including mobile) bills or bank statements? Verifying previous addresses is important to ensure they are not hiding a bad landlord reference or debt history. It can also highlight a dishonest character if any discrepancies are uncovered. Applicants who are reluctant to produce their identity documents also represent a higher risk to the agent’s obligations for customer due diligence under the Money Laundering Regulations and Right to Reside conditions (not yet legislated for).

There is more information on the Right to Rent legislation under the Immigration Act, on the next page.

Ultimately, the best way for agents to protect themselves from bad tenants is to work with a specialist referencing provider who has the resources to carry out thorough checks, including fraud indicator checks, which would be too laborious and time consuming for agents to conduct themselves. A professional reference can also offer a guarantee of quality to insurers that opens the opportunity to give added protection to landlords through rent guarantee and legal expenses insurance, should unforeseen circumstances or fraudulent applications require the tenant to be evicted. And another thing… As a final point, don’t compromise due diligence checks or get distracted by applicants pushing for a speedy move in date no matter how large the value is. By applying pressure to both agents and their referencing companies, they are hoping that corners will be cut and potential fraud indicators missed.