The UK economy is improving, job vacancies in this sector are close to pre-recession levels, now could be the time to jumpstart your job search, says Marc Da Silva. 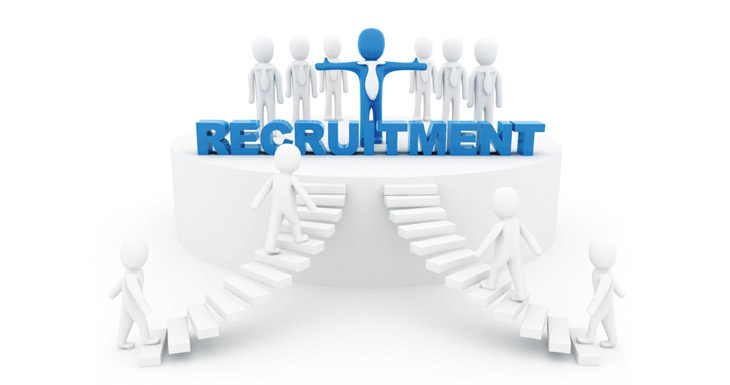 With the New Year underway, is it the right time to assess where you are going?

One of the most common New Year resolutions is to make more money, so if you have considered your options carefully and decided that it is time to start looking for a new job, offering a better position and prospects, then you may be in luck because employment conditions are rapidly improving.

The latest figures from the Office for National Statistics (ONS) show that 694,000 more people are in jobs compared to this time last year, with unemployment having fallen by 115,000 to 1.96 million in the three months to the end of September, while at 1.3 per cent growth – excluding bonuses – the average pay for UK workers overtook inflation of 1.2 per cent for the first time in five years.

There are now a record 30.8 million people in work, with the employment rate – 73 per cent – now back to pre-recession levels. “Signs are that the productivity of the workforce is improving,” said Martin Beck, Senior Economic Adviser to the EY Item Club.

Britain’s plan is working. 1000 jobs have been created every day that the Government has been in office. George Osborne, Chancellor of the Exchequer

The UK is the fastest growing major advanced economy in the world, so unemployment is widely expected to continue to drop as the economic recovery continues.

The Office for Budget Responsibility (OBR) expects unemployment in 2015 to fall to 5.4 per cent, down from 8 per cent in 2010,  before eventually setting at 5.3 per cent.

In light of improving jobs data, George Osborne, during his Autumn Statement in December declared that, “Britain’s long term economic plan is working”, pointing out that an average of “1,000 new jobs having been created” for “every day the [coalition] Government has been in office.”

Falling unemployment levels and rising wages have helped to fuel greater demand for properties to buy and rent over the past 12-24 months, which is reflected in the higher volume of transactions that have taken place.

From expansions and new start-ups to franchise roll-outs, the hike in housing market activity has led to a rise in the number of agencies looking to hire new members of staff to help deal with new business.

Robinson Jackson, for instance, recently doubled the size of its Sidcup branch, as part of the company’s expansion plans aimed at coping with the rapid growth and a sustained interest in property in the south London area and is now actively seeking new staff.

Our Sidcup Branch Manager has been steadily increasing the size of his team to serve the influx of clients. Peter Jackson, Robinson Jackson

“Sidcup Branch Manager Scott Foley has been steadily increasingly the size of his team to serve the influx of clients choosing the Robinson Jackson brand,” said Director, Peter Jackson. “It had got to the point where the staff had outgrown the space.”

The recent improvements in the economy make this the ideal time to bring our franchise to the market. Patrick McCutcheon, Dacre Son & Hartley

Dacre Son & Hartley is another firm that is actively trying to take advantage of the upturn in the housing market by expanding its business through offering franchises, which will create fresh job opportunities for agents in the process.

The well-respected firm, established in 1820, wants to add to its existing network of offices by granting licenses to around 12 franchisees in key towns and cities across Yorkshire during the course of 2015. “The recent improvements in the economy and the property market make this the ideal time to bring our franchise offering to the market,” said Patrick McCutcheon of Dacre Son & Hartley.

We have made 18 offers to candidates and we hope that these staff will accept and be in place shortly. Robin Paterson and Chris Palmer, Sotheby’s International

Sotheby’s International has also stepped up its recruitment drive in recent months after the premier estate agent brand was acquired by property entrepreneurs Robin Paterson and Chris Palmer.

“We have made 18 offers to candidates, using the services of property head-hunter Deverell Smith, and we hope that these staff will accept and be in place shortly,” said Paterson.

With plans to open 15 new Central London offices and five in the Home Counties over the next five years, it is fair to say that there will plenty more vacancies coming available moving forward.

However, there is one major snag. While the number of job vacancies in the estate agents sector has increased significantly in the past two years, it would appear that there are simply not enough good quality candidates to fill the exiting vacancies.

The mass redundancies witnessed in the property sector during the last recession in 2008 and 2009 meant that many people left the property industry in search of pastures new, leaving the sector with a lack of experienced professionals to satisfy the high number of job vacancies that have emerged.

“The collapse in the housing market in 2008 and 2009 meant that many of our clients had no alternative but to make agents redundant, while many other people left the industry by their own accord because they were no longer earning the salaries to justify the long hours that agency work demands,” said Anthony Hesse, Managing Director, Property Personnel.

Industry experience is always sought-after when it comes to hiring new Negotiators, Lynn Cannell, Director at LCA Recruitment reports that 94 per cent of vacancies registered with them over the last three months have been for experienced staff.

“Finding ‘the right’ candidate is and has always been the recruitment industry’s biggest challenge,” she says, “Relationship building – honesty, trust, and an acute ability to understand a candidate’s skills and wishes – is key to securing them in the perfect position. LCA recognised long ago the importance of getting it right for the candidate if we are going to get it right for the client.”

And those clients also expect applicants to have a demonstrable track record and relevant industry qualifications, such as NFoPP and ARLA, according to Anthony Hesse. “Other than that it is all about attitude and ability”, he added.

When employing non-industry experienced candidates, Hesse reports that “graduates are always looked upon positively” but adds that fewer graduates and trainees are actually now looking to enter the industry as it is not perceived to be “as attractive as other careers” due to the “long hours” people have to work.

Additionally, Anthony Hesse points out that the supply of good quality candidates for vacancies is also being restricted by the fact that employers are getting much better at keeping hold of good staff. “Staff retention is higher than it has ever been, and companies are fighting to keep hold o talent as they realise how difficult it is to replace like with like,” he said.

PERKS OF THE JOB

To retain and recruit staff, Hesse says that employers now have to be far more creative with the packages that they offer.

He continued, “It is clear that the companies that are better at recruiting and retaining staff are those who offer better benefits. These include working less weekends and shorter hours, getting more holiday allowance, receiving private health and pensions, better cars or allowances.

“Some of the more ‘creative’ benefits from clients of ours include Managers not having to work weekends and extra leave days for hitting targets.”

But ultimately the supply-demand imbalance in the sector is placing upward pressure on salaries.

Hesse concluded, “The shortage of candidates is putting pressure on salaries across the board. Whilst basic salaries for front line staff are still very much geared to commission based on results, basic salaries are creeping up. Where we have seen the biggest wage inflation in 2014 is in support roles, and in particular in property management.”

On a yearly basis, salaries in the estate agency sector have increased by an average of 5.2 per cent, suggesting that businesses are now willing to pay more to attract the very best agents, according to data released by Deverell Smith.

The average annual ‘basic’ salary for those working in the estate agency sector is now £23,848, which is below Britain’s £26,500 average salary quoted by the ONS. However, agents’ average commission, or ‘bonus, as referred to by Deverell Smith, stands at £58,643, which is higher than any other job in the residential property sector, excluding property investors.

The ‘bonus’ earned by agents is almost 15 per cent of the average fee income of £396,978 generated by agents in the last financial year, the report said.

Agents currently thinking about moving jobs may generally find that the greatest opportunities are available in the letting sector, Lynn Cannell at LCA Recruitment says that 38 per cent of the vacancies registered with LCA within the last three months have been front line roles within the lettings industry (this excludes property management and letting support roles which, combined, equates to 61 per cent of new positions registered over this period. This reflects the fact that rental market across many parts of the country remains buoyant, while the sales market has dipped in recent months.

“The impact is two-fold as the pace of sales begins to slow, demand for letting is increasing, as is the need for letting agents,”adds Richard Wilson, Head of Agency recruitment for Deverell Smith. “Smaller firms are noticeably slowing their intake of Sales Negotiators, but the larger, firms continue to expand and need new staff.”

Wilson reports that overall, the quality of Negotiators is increasing. “As the conditions in the market become harder to do deals, the weaker talent is beginning to be flushed out making way for stronger agents,” he added.

The prospect of changing jobs is both exhilarating and daunting. When it comes to thinking about your next career move, it is important to weigh up your options and think things through carefully before deciding to jump ship to a new job.

Consider: What are your goals; figure out what your ideal work situation will look like as well as which role you would like to undertake in 2015; consider what your local housing market is like; does the branch you are thinking of joining have a good manager?

Despite the prospect of greater company benefi ts and higher salaries, it is important to remember that the “grass is not always greener” as Wilson puts it, but nothing is as painful as staying stuck somewhere you do not belong. 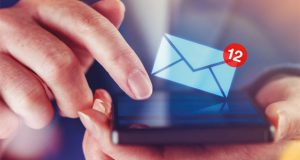