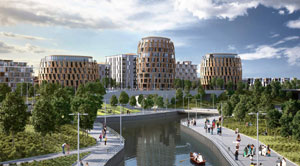 The investors behind residential schemes at the Olympic Park in Stratford and Elephant & Castle have merged the developments to create a £1.4bn vehicle for rented homes.

Qatari Diar Real Estate Investment Company, which is owned by the State of Qatar, property firm Delancey, and Dutch pension fund asset manager APG have merged the assets to create a new company with 4,000 homes, 1,500 of which are already built.

The partnership said its ambition was to become the leading player in the delivery of homes for rent in London and other major UK cities over the next few years. The merger is conditional upon regulatory approval. All of the homes will be managed and leased through Get Living London, an existing management and letting platform.

Sheikh Jassim Al-Thani, chief development officer for Europe and the Americas at Qatari Diar, said, “This merger between two leading London private rented sector schemes is the first step in what is a much larger endeavour: to significantly increase the supply of new homes in connected and affordable locations in British cities.”

The private rented sector (PRS) has boomed in recent years as requirements for sizeable deposits and stricter lending criteria have made it harder for many people to buy homes.

The Government’s English Housing Survey found that the rental market has been growing by 17,500 households per month on average over the 10 years to 2014.

According to property advisory firm Savills, there will be one million more households renting in five years’ time, despite the Government’s drive to boost home ownership through initiatives such as Help to Buy.

While many of the homes in the Olympic Park are already built, on the site of the 2012 athletes’ village, the first phase of the Elephant & Castle Town Centre redevelopment will be delivered in autumn 2016.

Robert-Jan Foortse, head of European property investments at APG, said, “In 2010 we started with our UK PRS investment strategy aimed at the strong supply/demand imbalance in the mid-market residential sector. This newly merged entity is the next milestone in our strategy.” 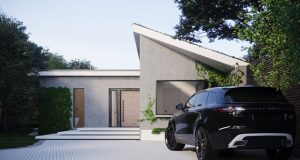 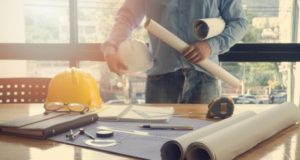 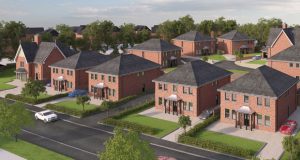