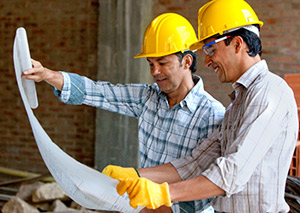 There was a noteworthy increase in the number of planning permissions granted in the third quarter of last year, up from 53,409 consents in the corresponding quarter in 2014, according to data released in the Home Builder’s Federation (HBF) and Glenigan’s latest Housing Pipeline report.

The statement suggests that 242,819 permissions were granted in the 12 months to October, the highest ‘moving annual’ total since early 2008.

According to the data, 181,000 new homes were constructed in 2014/15, which broadly equates to the number of planning permissions recorded some two to three years ago. However, the industry remains concerned that the ‘lag’ of turning permissions into homes is becoming lengthier.

“Whilst the overall increase in outline permissions is welcome, most of these still have to navigate the complexities of the planning system before they can be built,” said Stewart Baseley (left), Executive Chairman of the HBF. “It is imperative we speed up the time it takes for applications to be processed to the point that builders can actually build if we are to deliver further increases in housing supply.”

Given that planning is consistently listed as a major barrier to building more homes, the Government’s ambitious reform proposals have been warmly welcomed by Baseley.

“Introducing competition into the planning process and finding a way to incentivise Local Authorities to deal with applications more quickly would be a welcome step in the right direction,” he added.

Commenting on the figures, Glenigan’s Economics Director, Allan Wilén said, “Planning approvals strengthened in the third quarter, as private sector developers bring forward more and larger sites than a year ago. Glenigan expect the expanding development pipeline to feed through to a rise in project starts during the current year.” 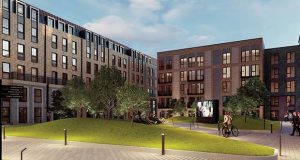 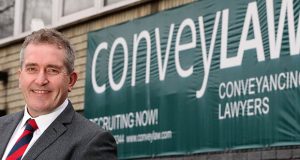 Agents and conveyancers now ‘more professional’ when working together