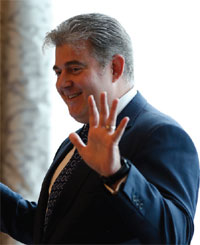 “It will increase housing supply alongside home ownership, building on the biggest affordable house building programme since the 1970s.

“The act will contribute to transforming generation rent into generation buy, helping us towards achieving our ambition of delivering 1 million new homes.”

However, the Minister’s positive speech came as Mark Carney, Governor of the Bank of England, warned of interest rate rises, a technical recession and a collapse in the housing market.

Financial pundits are also predicting dire consequences of a Brexit – redundancies, inflation and plummeting house sales. Even the ever-positive Henry Pryor is worried, “The next few months will
be key for the housing market. For those who have recently bought hoping prices would rise or thought property was a one-way bet, I expect there will be tears shed.”

The usually confident Iain Duncan Smith said that we should take The BoE Governor’s warning with a ‘pinch of salt.’ He said, “If anybody can tell me they know what the global economy is going to be doing over the next year let alone next 10 years, I have to say they’re either soothsayers or they’ve got some link with God.”

The Act, says Brandon Lewis, sets out a “clear determination from the government to keep the country building while giving hard working families every opportunity to unlock the door to home ownership.

“It will give housebuilders and decision-makers the tools and confidence to provide more homes and further streamline the planning system to accelerate their delivery.”

In the sales sector, the Act will: Help more people own their own home; extend Right to Buy to housing association tenants; promote Starter Homes; build homes faster; support custom and self-built homes; ensure that every area has a local plan; reform the compulsory purchase process and speed up neighbourhood planning.

In the rental sector, the Act will: Ensure the way housing is managed is fair and fit for the future; require social tenants on higher incomes to pay fairer rents; tackle rogue landlords; provide better local information on the PRS – allowing local authorities to access data held by the Tenancy Deposit Protection schemes and reduce regulatory controls for private registered housing providers.

Melanie Leech, Chief Executive of the British Property Federation, said, “The Housing and Planning Bill set out to provide details on one of the government’s main manifesto commitments and on that front, it delivered.

“The fact that the regulations are still yet to be laid, however, casts into significant doubt whether the government will be able to achieve its promise of 200,000 homes by 2020.

“The longer the government takes to iron out the details of this policy, the more that target slips. Spades are not likely to be in the ground until 2017 at the earliest, and time is certainly running out.”

Most Britons dream of home ownership 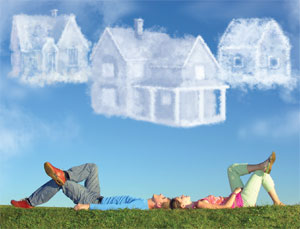 It isn’t just media hype – we do have a housing crisis and it’s not just about availability, it’s also about affordability.

The housing crisis is deepening as concerns mount about the availability and quality of homes, while increasing numbers aspire to own the roof over their head, according to the 2016 Homeowner Survey conducted by YouGov for HomeOwners Alliance and BLP Insurance.

The survey, in its fourth year, polls 2000 UK adults on the housing concerns and trends.

The main concerns are the ability for first-time buyers to get on the housing ladder (82 per cent) and saving for a deposit (80 per cent).

Paula Higgins, Chief Executive of the HomeOwners Alliance, said, “Despite a blizzard of government initiatives aimed at helping homeowners, the housing crisis is deepening, with more non-homeowners wanting their own home and ever greater concern about the lack of housing. Many government policies have boosted demand for homes, but what this survey shows is that the real problem is the desperate shortage of houses. Until the government tackles the fundamental issue that we just don’t have enough good quality homes, the housing crisis will continue to deepen and a generation will continue to have their dreams of homeownership crushed.” 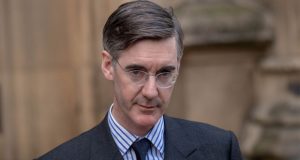