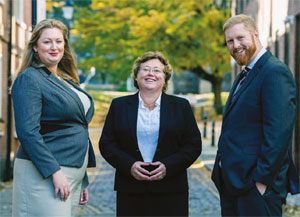 Bruton Knowles has opened a new office, its 13th in the UK, in Cambridge and appointed Amanda Briggs as Partner to lead it, oversee a growing client portfolio in the region and build the team.

Amanda had worked at Bruton Knowles for 10 years to 2006, during which time she managed offices in Leatherhead and Aylesbury providing support for the Birmingham office. She left Bruton Knowles as Partner in 2006 to join Bidwells as Head of Valuations, to be closer to home in Cambridge, and then moved to part-time consultancy in 2018.

James Bailey, Managing Partner at Bruton Knowles, said, “Amanda’s background, her expertise, and her hugely successful career could not be more highly thought of by the team at Bruton Knowles and we are thrilled that she has chosen to return to the business.

“She has worked across multiple sectors including public sector, finance, education, charity and R&D organisations – managing complex multi-million-pound portfolios. Her knowledge of the Cambridge and the wider Eastern region is unrivalled.”

Amanda added, “I have been looking for a new challenge, so when James asked to meet up and shared the plans for a new Cambridge office I was immediately interested. The regional market would appear to be very well provided for but I know that the team at Bruton Knowles makes all the difference with a more personal, more appealing service for clients and always prepared to go that extra mile. That’s why they have such a strong presence in and around Cambridge.

“It’s good to be back at the coalface and building a successful team and business here.”