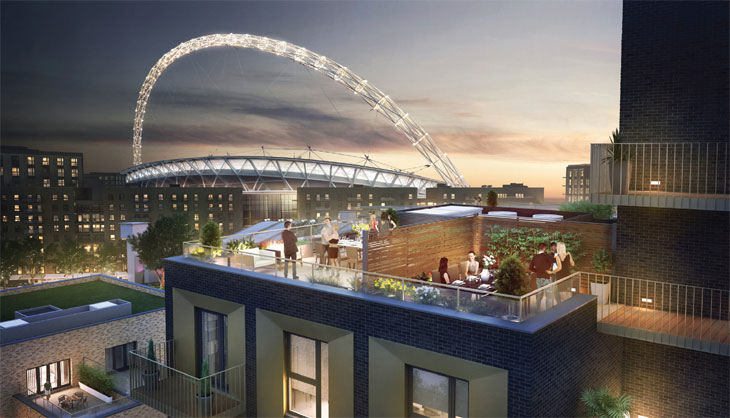 Cultural landmarks, sporting hotspots, historic properties and impressive parks, there is plenty to savour in this highly diverse part of London.

From the green hills of Hampstead Heath to the unswervingly alternative Camden Town, many areas in North West London have retained much of their original charm and identity which appeals not just to Hampstead intellectuals and Camden Town punks, but to people across all socio-economic groups.

Jewish restaurants and Irish pubs, Lord’s Cricket Ground and Madame Tussauds, the Tricycle Theatre and London Zoo – there is something for everyone in this area, which stretches north from Euston in central London to the suburbs of Mill Hill, east from Baker Street and part of Marylebone, via St John’s Wood, to the rapidly regenerating streets of Wembley, Harlesden and Stonebridge in the outer boroughs.

While most prime central parts, like Baker Street, Regent’s Park and Euston, didn’t escape unscathed from the slowdown in the prime housing market, transactions and prices fell as higher stamp duty charges deterred buyers, but some neighbourhoods, like Marylebone, have managed to buck the downward trend.

“The Marylebone revival continues unabated and is one of the very few PCL areas that still attracting strong interest from both domestic and international purchasers, in spite of the sharp increase in SDLT and the general slowdown experienced by many other zone one locations,” said Mark Pollack, Director at Aston Chase.

The markets in St John’s Wood and Primrose Hill have also fared well, as they, along with Hampstead and Belsize Park, continue to appeal to the rich and famous, attracted by leafy surroundings and excellent schools, but they have been affected by the higher SDLT, with many would-be vendors staying put. “This created a lack of stock so the market has stagnated. The volume of transactions at the £1million-plus level is at an all-time low,” said Vivienne Harris from Heathgate.

But with the Chancellor’s changes last November in relation to the buy-to-let market, Harris reports that the market at the bottom end has lit up. “Investors are scrambling to buy whatever they can, before the deadline in April, pushing the values higher and creating frenetic activity,” she added.

Tim Fairweather, Director, Sandfords, agrees that valuations are now steadily increasing. “We’re looking at a lot more properties which is great news considering stock levels had been previously suffering,” said Fairweather. “The majority of activity has been in the £1 million to £2.5 million bracket for second home investment, but this will extend into the higher price ranges as interest grows ahead of the new three per cent surcharge on second homes which comes into force on 1st April.”

Rising prices, caused by a grave supply-demand imbalance, mean that properties in parts of these affluent areas, traditionally popular with the middle classes since the 18th century, are now exchanging hands for as much as £2,500sqft, making them a no-go zone for all but the well-off. While nearby neighbourhoods like Camden Town and Kentish Town to the east and West Hampstead and Swiss Cottage to the west have long offered a cheaper alternative to buying and renting property locally, they too have become unaffordable for many, with two-three bedroom flats typically now costing over £1 million to buy and £3,000pcm to rent. This has led to a mass migration to the outer parts of NW London and beyond.

“From an investment standpoint, there is no getting away from the fact that capital values are high,” said Marc von Grundherr, Lettings Director, Benham & Reeves.

THE STAGE IS SET

The Secretary of State for Communities and Local Government in February approved a £100 million plan to regenerate Swiss Cottage, which will include the demolition of a 1980s office building to make way for a 24-storey residential tower with 130 apartments specifically designed for renting. Developer Essential Living will deliver and manage the mixed-use scheme, called Theatre Square. As well as an array of communal facilities and amenity spaces, the plans include 54 new affordable homes and community space.

Although many traditional buildings, whether Victorian, Queen Anne or Arts and Crafts in heritage, remain most in demand, new build homes in the local area are growing increasingly popular, as illustrated by the success of the new Ballymore development of 197 flats in West Hampstead, ranging from £400,000 to £2.5 million per unit, which completely sold out off-plan.

“Demand for new build homes is strong in West Hampstead with the new Ballymore development extremely well received. All properties have been sold and we’ve even re-sold some prior to the building being completed,” said Tim Gray at Paramount.

West Hampstead can barely put a foot wrong these days. More fun than Swiss Cottage, less edgy than Kilburn and not as expensive as Hampstead Heath, it has become one of NW London’s most desirable addresses.

“House prices will continue to rise in West Hampstead, perhaps not at the rate seen over the past few years but still at a higher rate than many other London areas,” Gray added. “Investment is pouring into West Hampstead, train stations have been redesigned to cope with capacity and new businesses are booming with new shops continuing to open in the area.”

As house prices rise in West Hampstead many buyers are choosing cheaper surrounding areas like Kilburn, Willesden Green, Queens Park and Kensal Green, all situated on the western edge of what is now one of the trendiest parts of London, filled with gastro pubs, stylish bars, galleries and designer shops.

Mark Durban, also of Paramount, said, “Savvy renters looking for better value than money are drawn to the tree lined roads and converted semi-detached houses in Kilburn and Mapesbury.”

Get in the zone

Despite a handful of new developments in zones 1 and 2, developers’ main focus is switching to Zones 3 to 5, where they can build homes at prices more people can afford.

Golders Green in zone 3, for example, is a much cheaper alternative to Hampstead or Highgate, and is seeing a high level of demand for property due to the combination of lower prices and reasonable commute times to the centre.

eMoov’s recent Tube Hotspots Index, which monitored housing demand across all 280 tube stations, found that Golders Green saw the second largest increase in the capital year-on-year, helping to drive up property prices in the process.

“Golders Green, which was predominantly a Jewish area, has ecome more eclectic than it has ever been before with an influx of Japanese and Eastern Europeans,” said Trevor Abrahmsohn, Director, Glentree Estates.

The neighbouring suburb of Cricklewood, which features many fine roads of Victorian and Edwardian houses, is another area that is rapidly changing as it prepares to receive a major facelift and thousands of new homes.

The £4.5 billion regeneration of Cricklewood and nearby Brent Cross, which is set to get underway next year, will create a new town centre for the area, including 7,500 new homes, the expansion of the existing Brent Cross shopping centre, and a new Thameslink train station giving locals a 12-minute commute to central London.

“Residential property values have been rising in this area, perhaps more than other parts of better-established residential areas since Cricklewood is being re-rated by the cognoscenti,”  Abrahmsohn added. “It is well facilitated and is becoming more gentrified as the demographics start to change. When the regeneration of Brent Cross finally takes place it will enhance the area all the more.”

When it comes to exciting urban renewal projects, they don’t come much bigger than the new thriving neighbourhood being created in Wembley Park, a Zone 4 area with Zone 2 transport connections – Baker Street is only 13 minutes away. Housebuilder Quintain is building 5,000 mid-market homes here, starting from £305,000, and wrapped around the famous football stadium, several hundred of which have already been built, sold and are occupied.

Each phase of housing has evolved from the one preceding, with residents involved and able to shape the environment in which they live. Paul Hogarth, Quintain.

“We want to ensure that Wembley Park is an area that provides homes for Londoners,” said Quintain’s Head of Residential Sales, Paul Hogarth. “Each new phase of housing has evolved from the one preceding, with residents able to contribute to the plans, allowing them to shape the environment in which they live.”

Major renewal projects and significantly cheaper homes in Wembley, bordering Harlesden, Stonebridge and Willesden Junction, mean that property prices in these rapidly improving areas on the outskirts are now growing at a faster rate than almost any other part of NW London.

Vatche Cherchian, Portico’s Regional Director, reports that local property prices have risen by around 10 per cent over the last 18 months. He said, “These areas edge into zones 3 and 4 but provide excellent value for money for both buyers and renters compared to neighbouring prime NW locations and the bonus of excellent transport links into the West End and the City. Furthermore, the regeneration of parts of North West London has also helped attract a new age of tenants and buyers, with trendier high streets and amenities now available in these areas.”

While the near term future is impossible to predict, there is no denying the fact that rapid populace growth and higher property prices is altering the dynamics of the NW London housing market. The more affordable end of the market in areas such as Wembley and Cricklewood, is set to outperform prime NW London areas, as key regeneration projects, transport improvements, cultural and employment upgrades create new property hotspots and buying opportunities in revitalised areas that were once avoided. 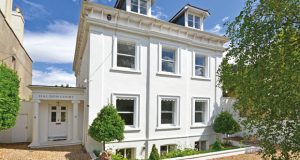 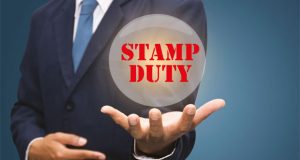 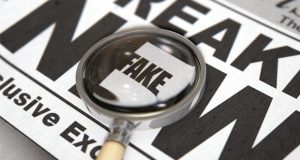 Don’t believe everything you read