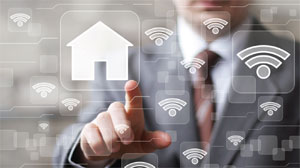 Once upon a time, not that long ago, sales and lettings agents had few innovations to draw upon to do their job. Colour brochures and faxed floor plans were great and certainly upped the ante in the agent competition stakes, but they were pretty much the only new ideas that helped them to improve the marketing of their properties.

That’s all changed, today a large and vibrant industry has grown up to serve the needs of sales and lettings agents offering a range of innovative products and services designed to give agents the edge in this viciously competitive environment. So what should you be trying out? 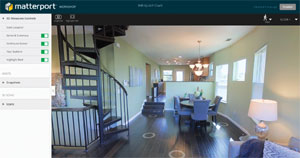 Sheffield sales and lettings agent Redbrik is one of the first agents in the UK to use an extraordinary new 3D walk-through for properties which company director Mark Ross believes could be set to “revolutionise the way properties are marketed.”

The system, made by Matterport in California, uses a tablet-sized, tripod mounted camera that takes multiple 360-degree photos at high speed from different points around a property. This is then knitted into a seamless ‘walk through’ of the property. Users can either navigate around the house like a ‘shoot-em-up’ game or look from above at the whole house as if it were a dolls’ house.

“We initially purchased the camera to market our sales properties, however it is a fantastic tool for the lettings side too,” says Mark. “It enables landlords to market their property without disturbing tenants and also acts as an inventory because the detail of the property is there for all to see.

“The feedback from vendors and landlords has been phenomenal – the images the camera produces certainly have the wow factor and we are very much looking forward to seeing more great reactions from vendors as we introduce the camera as standard within our marketing package.”

The system is at such an early stage in the UK that Mark had to fly to the US to pick it up, and he says that it takes around an hour to capture a house’s room.

To see one of the walk-throughs visit http://bit.ly/1ThGnOP
More information: www.matterport.com

World Archipelago specialises in online search and data management and for over a decade has applied this to the property market. It has built websites for a variety of different agents including Townends, Carter Jonas and Fisher German. Its Director of Client Services, Sarah Arbuthnot, says it recently built and has just launched a Council Tax bracket widget and a Stamp Duty widget for its client’s websites, both with a very specific aim in mind.

“Our research shows that most vendors will do their research into agents using the main portals and then check out the agent’s website to see if they like the look of them.” says Sarah.

“They want to see proof that those agents that they shortlist know the area and are knowledgeable and that’s where these widgets come into their own.” 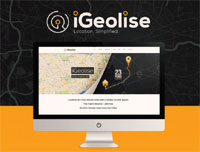 No, it’s not a way for Jules Verne’s time travelling hero to better understand where he was, but instead a technology that agents can insert into their property searches. It enables visitor searches to be much more precise than the ‘within five miles’ drop-downs most agents use on their websites.

The concept is catching on – Zoopla have been using this kind of functionality for a while (they won’t say who supplied it) but Countrywide say they’ve put it into their agencies’ websites. Called TravelTime, the map technology has generated three times the conversion per 100 visitors to their sites when compared with the traditional way of doing things, it says. 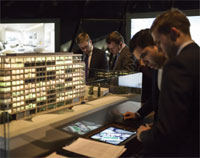 If you’re wondering how to market a highend off-plan development you’re about to take on then take a peek at Pelican Media’s upmarket sales presenters designed for iPad Pros. It’s an app that runs on the device and it’s already got its first outing – at a recent launch of Landmark Place, a development under way by Barratt in the City of London.

The app answers an age-old problem for developers and agents – how do you present a building to buyers when nothing, or very little has been built, and particularly at today’s sky-high prices? Landmark Place prices start at £750,000 for a studio apartment. The answer is to enable both buyers and sales staff to interact with a high production, virtual reality version of the development.

“We received a fantastic reaction at the sales launch, from the client, the sales agents – Knight Frank and Savills – and Barratt’s potential customers,” says Tony Nicol, Managing Director of Pelican Media. “Many people commented that they were impressed with the ease of use and the way in which the information was graphically presented.” 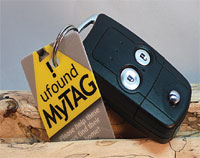 If there’s one headache that sales and letting agents and other property management professionals want to avoid it’s sorting out keys for staff and contractors.

But a solution to the headaches of key management has now been found, says Mike George, Managing Director of MyTag.

Its system of NFC-tag enabled key fobs, coupled to an online registration and reminder programme, enables agents to both track which staff have which keys, and also reminds them to return to them to the office key box when they return.

Keys are ‘swiped’ in and out by staff or contractors as they leave for or return from viewings or jobs and, says Mike, also helps enhance staff security. The system requires staff to indicate when they are likely to return from a viewing and, if they don’t, alarms are set off within the system.

Mike says the system is proving popular with both Savills and Barnard Marcus having recently signed up to use MyTAG.

6 CHEAPER SEARCHES WITH A GUARANTEE – ETSOS 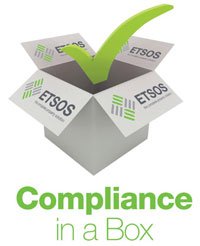 ETSOS, the conveyancing supermarket, has launched a product that backs up personal local authority searches with the guarantee of a council-provided one should the lender in question not accept personal searches.

For those not familiar with the world of searches, they fall in two categories – Local Authority provided searches which usually take five days or more but can take much longer and must be paid for. The other kind is a personal search, which anyone can do and a small industry has been created that aims to both speed-up and under-cut Local Authority-provided ones. 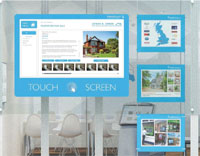 The average estate agency branch window display of five years ago was certainly ripe for a makeover and that’s been achieved on many high streets as more and more agents begin using touch-screen displays to market their properties.

The screen enables passers-by to browse an agent’s property inventory both during and outside office hours and, supplier Intouch Display says, they can be viewed in direct sunlight and can be fitted to an existing window.

Advantages over static displays include the ability to display properties as soon as they come to market and that they are a “proven instruction gainer” says the company.

The displays have been specifically designed and built for the sales and lettings industry and intouch provides both the browsing software to list an agent’s properties, which are displayed on intouch’s own platform to enable the touchscreen to work.

Tell us about innovative products that you are now using: [email protected] 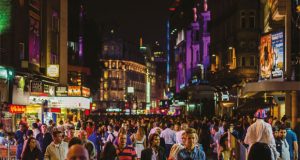 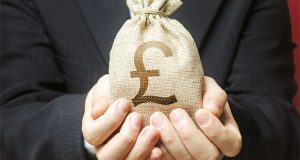