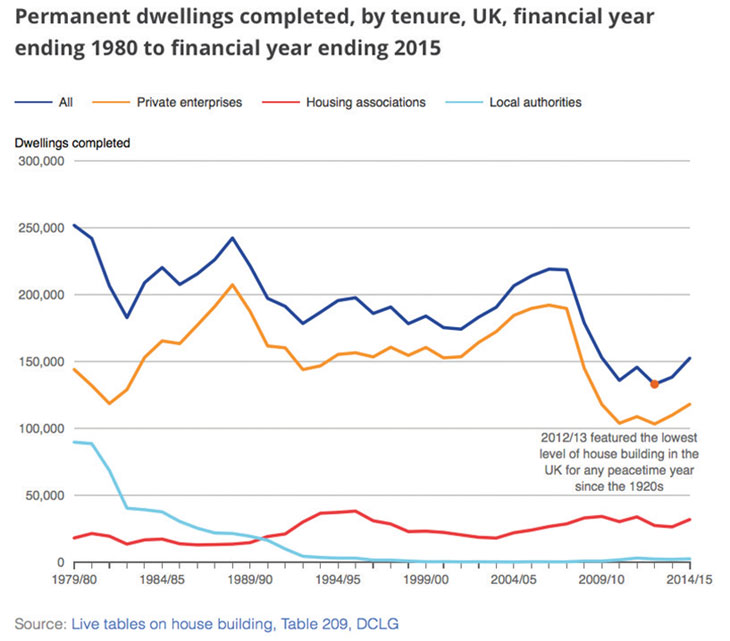 We are building more new homes, that’s official. However, we’re not building enough. The ONS reports that the overall level of house building in the UK has declined since 1980, with 152, 380 houses built in the financial year ending 2015 – a fall of nearly 40 per cent from the 251,820 built in 1980. New data for 2015/2016 suggests that the recent increase in UK house building is continuing.

The graph shows that Local Authorities barely baked a brick, Housing Associations plodded on, bringing in some new homes each year, while private enterprises (developers) improved their output just a little, from a low base.