Gumtree listing for rented property originally said 'foreign nationals need not apply' but has now been taken down.

A property listing published for a vacant rental property in Northern Ireland that stipulated ‘no foreign nationals may apply’ has led to an uproar in the country and questions in its parliament.

The ad, which appeared on Gumtree rather than one of the more regulated major property portals, was quickly taken down after a social media storm blew up over its wording. 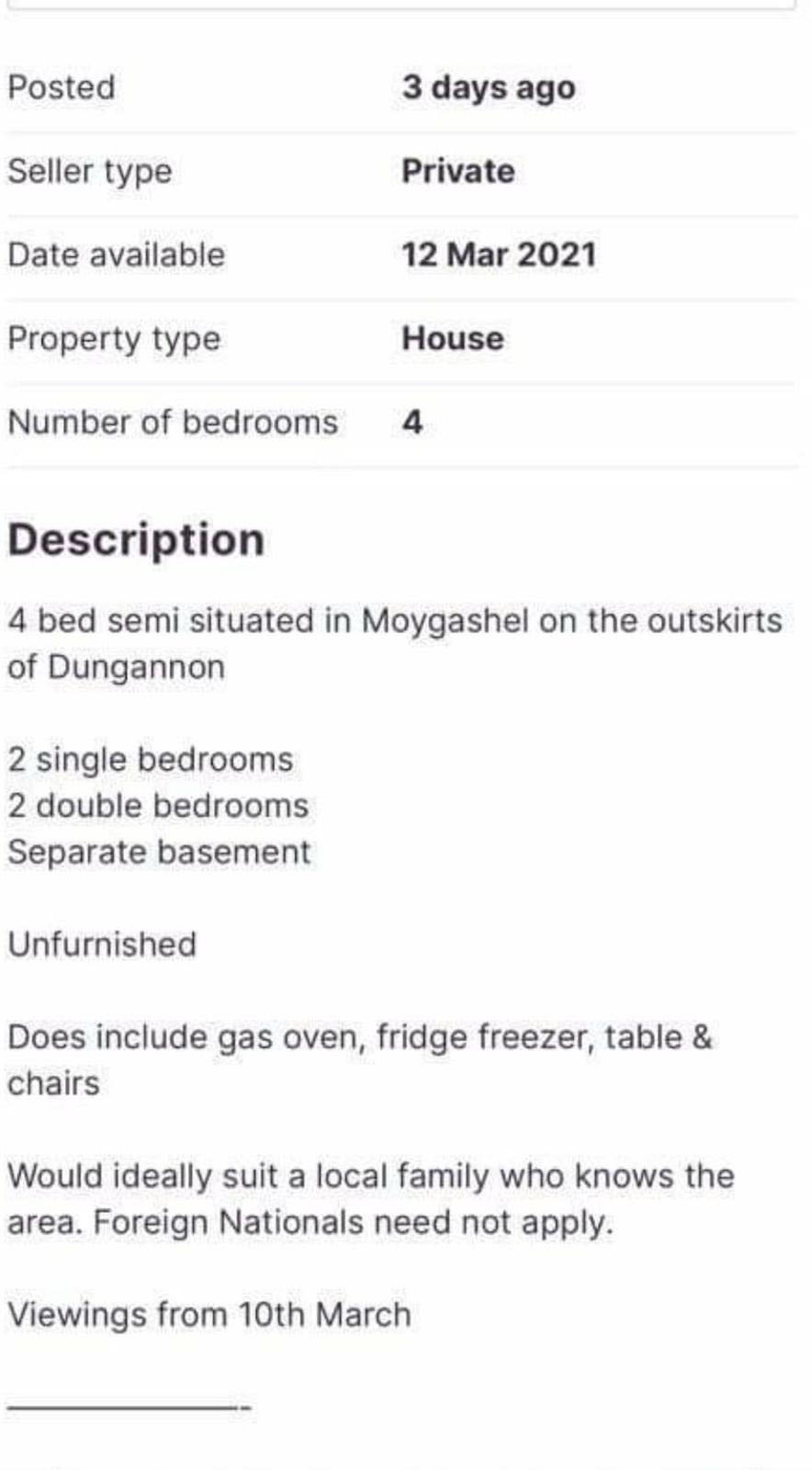 “Would ideally suit a local family who knows the area. Foreign nationals need not apply. Viewings from March 10.”

The listing was for a four bedroom, semi-detached house in Moygashel, near Dunngannon available for rent.

Local SDLP councillor Malachy Quinn reported the ad (see right) to the police, said on Twitter: “This is the 21st Century, this type of discrimination has no place within our society and for someone to think they have the right to place such criteria is outrageous.”

“This is the type of language that Irish people used to endure in America when they were discriminated against along with other minorities, and now for it to happen in our own country is unacceptable.”

And soon afterwards, during a racial equality debate in Stormont, the SDLP member of legislative assembly Colin McGrath cited the ad as an example of how Northern Ireland has some way to go on integration.”

Gumtree, which only lightly vets ads before they are submitted, has form on the controversial ads front.

As The Neg has reported on many occasions, rogue tenants, landlords and letting agents use the portal to avoid the scrutiny given to ads by portals such as Rightmove and Zoopla.

Senior agent reveals ‘tough challenge’ of getting into RICS