"Every year, over 200,000 students rent a house for the first time. For most, says Adam Walker, it is their first experience of dealing with a letting agent and all too often their experience is a bad one." 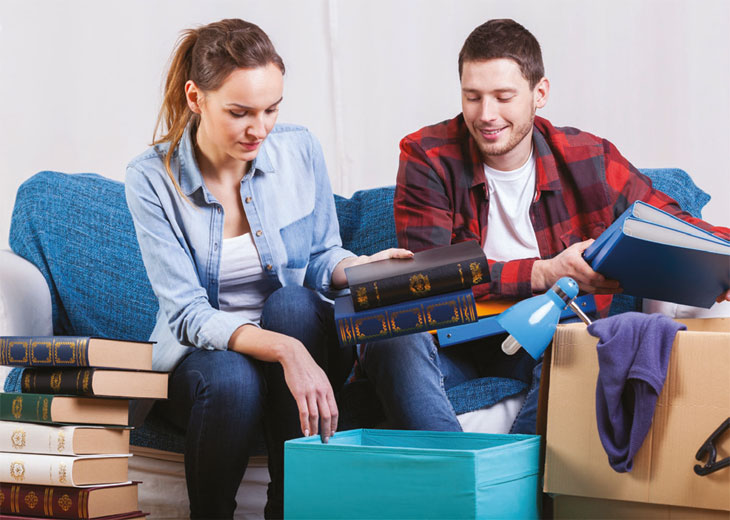 I speak from personal experience as both of my daughters recently graduated from university. One of my daughters said that her first experience of dealing with a letting agent was walking down estate agents row and seeing the signs in every window saying “No Students”. It made her feel like a leper.

My daughter saw signs in the agents’ windows saying ‘No Students’. It made her feel like a leper.

When she did find out which agencies dealt with students, she registered her details, then heard almost nothing from any of them. The most humiliating experience was at a student letting agency that had a policy of releasing specific properties for rent on specific days. If you wanted one of the good ones, you had to get up at the crack of dawn and stand in a line outside the office. If you didn’t, you would end up with whichever property no-one else wanted. In this day and age of online communication, it is almost like the firm deliberately wanted to subject their student applicants to a ritual humiliation process.

The fees that they paid for this appalling service were outrageous. One of my daughters rented with six friends and they were charged £2,870 in tenant fees. No wonder the government decided that they should be banned. The landlord, I found out later, paid the agent just £1,638 + VAT.

THE BEGINNING OF THE END

The real problems, however, come at the end of the tenancy. Despite everything I know about lettings law, I am embarrassed to admit that both my daughters lost their deposits and there was nothing that I could do about it except seethe.

In one case, my daughter and her housemates were accused (wrongly) of damaging the property. We took our case to the TDS and we were certain of winning. Unfortunately, the lead tenant with whom the TDS was communicating, was so busy revising for his final exams (he is a medical student) that he did not find time to read his emails. Because he did not respond in time, he and his five housemates lost their deposits.

It looks as if the young man in question is going to be my son-in-law so I will have to forgive him but the injustice of it still makes me cross.

My other daughter lost her deposit in even more annoying circumstances. Again, one of her housemates was the lead tenant so the whole deposit of £6,300 was returned to her. She spent the money on a holiday and despite persistent attempts, neither my daughter nor any of her other housemates have ever seen a penny of the money that is due to them.

The problem is that nearly all student house shares have one lead tenant but all the tenants remain jointly liable for any damage caused to the property. I have spoken to so many people who have been caught out by this. One housemate has a wild party and causes damage, and all their innocent housemates are left to pick up the bill. Worse still, if one of the housemates is unable or unwilling to pay their rent, the others are jointly liable for it.

The only solution to this problem is for student houses to be let on an individual room let basis where each housemate’s deposit is registered separately and returned only to them but neither letting agents nor landlords seem to be interested in offering this type of tenancy agreement.

The damage to the reputation of the letting industry is huge. Every single year, more than half a million students and their parents deal with a letting agent for the very first time. If their experience is a poor one, then they will hold our profession in poor regard for the rest of their lives. A client in Cambridge once told me a perfect story to demonstrate this. An expensive house in one of the best roads in the city came onto the market with one of his competitors. He dropped a leaflet through the door in an attempt to tout the instruction. As he was walking down the path, he heard the door open and turned to see a smartly dressed man in his mid forties on the doorstep. He had the leaflet in his hand. “Are you from XYZ estate agents?” the man said. “Yes” my client replied. “Well”, the man said, “twenty five years ago, you confiscated my letting deposit and I wouldn’t instruct you if you were the last estate agent in England”.

Adam Walker is a management consultant, business sales agent and trainer who has worked in the property sector for more than twenty-five years.
www.adamjwalker.co.uk