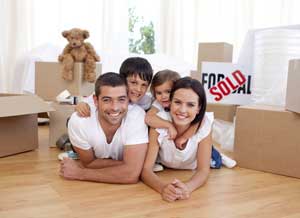 The volume of home movers in the UK in the first six months of 2015 fell by 9 per cent compared to the corresponding period in 2014, new data has revealed.

The latest Lloyds Bank home movers review estimates that 155,000 people moved home in the first half of this year, which although down year-on-year, does actually represent a 32 per cent rise compared to the first six months of 2009 when the market was at its lowest point.

The sharp rise in home moving activity witnessed since the trough of the market in March has contributed towards the hike in property values seen across many parts of the country during the same period, and while the number of home movers did fall, many experts believe that this is largely owed to general uncertainty in the run-up to May’s General Election.

“There was a modest decline in the number of home movers in the first half of the year compared with 2014, which was in line with the general softening in housing market activity,” said Andrew Mason, Lloyds Bank Mortgages Director.

He added, “Whilst the number of home movers has risen significantly since 2009, it remains well below previous levels and has recovered less strongly than first time buyer numbers. This is likely to partly reflect the high costs associated with moving home, as well as highlighting the difficulties that homeowners can face in finding somewhere suitable to move to due to the shortage of properties available for sale.”

Nationally, the recent changes to the Stamp Duty system have saved the average home mover £4,769, reducing the tax bill for someone acquiring the average priced home mover property of £261,524 from £7,845 to £3,076.