Around 4,000 office-to-residential conversions were given the green light between April 2014 and June this year. 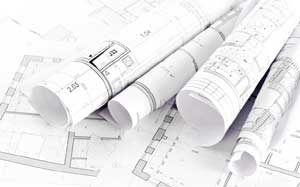 Changes to permitted development rights enabling offices to be converted in to residential dwellings are to be made permanent, as part of a wider package of Government measures to address the housing crisis the Housing and Planning Minister Brandon Lewis has announced.

In moves unveiled under the Housing and Planning Bill, the temporary change introduced in 2013 and due to expire on 30th May 2016 will become permanent after 4,000 conversions were given the go-ahead between April 2014 and June this year.

The Housing Minister made clear that the new permitted development rights will also permit the demolition of office buildings and new buildings for residential use as well as enabling the change of use of light industrial buildings and laundrettes to new homes. Furthermore, those who already have permission will have three years in which to complete the conversion that will end the “potential uncertainty for developers” caused by the current regime.

The rights will, however, be subject to limitations and prior approval by the Local Planning Authority, full details of which are yet to be provided.

Planning specialists at Daniel Watney LLP have welcomed the move designed to give housebuilding a boost, but added that it wants to see office supply protected where appropriate.

Charles Mills, Partner and Head of Planning at Daniel Watney LLP, said,“Permanently relaxing permitted development rights for office-to-residential conversions will most likely give housebuilding a boost, but it is important to protect employment space as well. Cities with lots of homes but nowhere to work are just as problematic as ones with lots of offices but nowhere to live.”

The British Property Federation (BPF) believes that the new permanent policy will provide a much needed lift to new housing supply.

Chief Executive Melanie Leech (left) commented, “The policy was never designed to deliver a huge number of new homes, but any trip through our suburbs soon exposes redundant office space that with the best will in the world is never going to be brought back into commercial use, and for such situations this policy is helpful.”

However, one major concern for developers in England seeking to build new homes is a lack of resource within planning departments across many major cities as this acts as a key barrier to development.

The newly released fourth Annual Planning Survey from the BPF and GL Hearn, part of Capita plc, reveals that the average submission to determination time for a major planning application is now 32 weeks across London, Greater Manchester and Bristol and the surrounding area, over double the Government target of 13 weeks.

Over half – 55 per cent – of local authorities say under-resourcing is a significant challenge and half – 50 per cent – believe the planning system is not operating as well as it was in 2010.

A significant 75 per cent of applicants are dissatisfied with the length of time a planning application takes – up from 71 per cent last year. The survey found that nearly two thirds – 65 per cent – of applicants would be happy to pay more if it would shorten determination times.

Commenting on the findings of this year’s Annual Planning Survey, Shaun Andrews (right), GL Hearn’s Head of Investor and Developer Planning, said, “In order to get Britain building again, we need to get Britain planning. Development activity is critical for our economy, not least in order to tackle the urgent housing crisis. This year’s Annual Planning Survey shows that the planning system needs investment – and that requires action across the board.

“We need to ensure that planning authorities have the right people with the right skills and powers in place to drive forward a growth agenda – and that the system is able to release the right resources when it’s needed. For their part, developers need to speak with a single voice – and make it clear what levels of service they need and how much they are prepared to pay for it.”

“This is an industry-wide issue that needs us all to collaborate to prevent a poorly functioning planning system stifling economic growth,” he added.