Two-branch Exeter firm Force & Sons has been trading since 1790 but current owners have decided to leave the industry.

One of the UK’s oldest estate agents with a history reaching back 229 years has been taken over by a rival.

Two-branch Exeter firm Force & Sons was established by auctioneer and builder John Force (pictured, below) in 1790 and began selling homes in 1820. It has been owned and operated by the same family ever since.

The business is now starting a new chapter after current owners and brothers David and Stephen Force, who are related to the founder, decided to quit the property industry and sell up to local rival Cardens Residential.

Cardens, which is a mere 25 years old, is primarily a lettings firm and is taking over Force & Sons’ property portfolio. Staff from Force & Sons are to join the Cardens team but it is unclear what will happen to the Force & Sons name.

But its website, which has been live since 2006, already redirects to the Cardens home page although the business continues to list itself via OnTheMarket.

“The time was right for us to make this change in our business,” Stephen Force told a local newspaper. 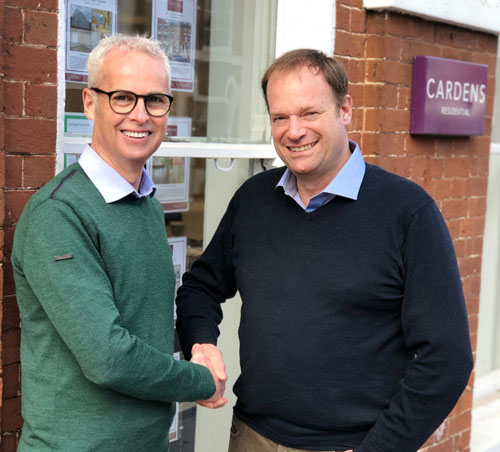 “Although I will miss the property market, I am very pleased that our clients will be in safe hands with a firm of the calibre of Cardens.

“It has been an honour for us to work in Exeter for the many years we have, selling houses to generations of families. We’d like to thank our staff, clients and suppliers for those many years of loyalty.”