Sign in or Sign up
The essential site for residential agents
Home » Features » Online agents – what do they really offer?
previous next
Products & Services

Online agents – what do they really offer?

Andrea Kirkby explores the world of the web-based estate agent. 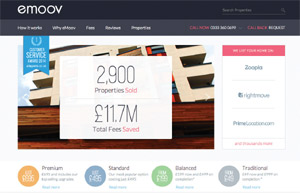 Online agents are making the news these days; the Financial Times declared emoov a ‘disrupter of the year’ for 2014, alongside names such as taxi firm Uber and Netflix, while huge investment is going into new online agencies such as Purplebricks and EasyProperty. Meanwhile, the launch of OnThe Market, which excludes online agents from its listings, puts further focus on the battle between ‘bricks’ and ‘clicks’ in the property market.

The major appeal of online agents remains a significant cut in fees, as well as the move from a percentage commission to a flat fee basis which many consumers find more attractive. With some early online business models, though, customers didn’t get much for their money; they’d commit a couple of hundred quid upfront, had to write their own particulars, take their own photos, and do their own negotiations. Some online agents came under suspicion of being set up purely to sneak private sellers on to Rightmove. 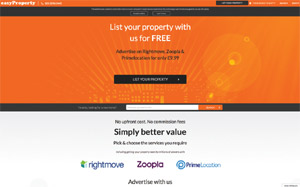 Now, more and more online agents offer an expanded number of services; at the top end, it is difficult to distinguish from that offered by high street agents. That’s partly due to the portals getting smarter, and excluding agents which are merely a front for private sales, but it’s also about increasing maturity in the online market. Almost all the online agents now promote either free valuations, or offer valuations and property descriptions drafting as part of the basic package – practically none of those with ‘pure advertising’ business models remain. A few of them use online valuation tools, but most include a visit to the property, in many cases combined with photography, floor plans and potentially EPCs, as part of the package. That makes it rather more difficult for high street agents to differentiate themselves than it was a couple of years ago.

Early online agents offered a ‘one size fi ts all’ package. Now there is a smorgasbord to feast upon.”

At the same time, some of the online players have raised prices, or introduced more highly priced packages, and the upfront fees typical of the first generation of online agency have been joined by part-upfront, part-on-completion packages and even, in some cases, by either flat fees or percentage commissions on completion. For instance, House Network now offers three different levels of fees, including a bundled package at £645 which includes an EPC, for sale board, plus advertising on Rightmove, Zoopla and Primelocation. It also offers a split between upfront payments and commission on sale – obviously, the more the vendor wants to defer the payment, the higher the overall price. Emoov offers two packages, a standard package at £495 and a premium package at £695; the latter includes board, photos, floorplan, and listings on all three major portals, as well as negotiation and sales progression. 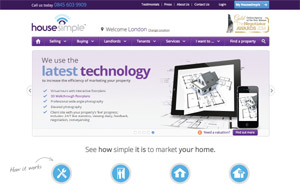 While looking at an online agent’s home page a couple of years ago presented a ‘one size fits all’ offer, nowadays you’re more likely to see a smorgasbord of different options to feast upon. The initial simple contrast between the commission based agency fee and the online agent’s single upfront payment has also been blurred in another way, which may be more important in affecting how traditional estate agents price their services in future. Several online players have now adopted what could be called the Easyjet model – offering vendors a menu of different services so that they can choose only those they want.

Most online agents price the For Sale board separately, at £40-50. While that’s a small outlay, vendors who can’t use boards because they live in flats or conversation areas are likely to be pleased at the apparent saving. (Maybe high street agents could offer a discount for clients who don’t need or want a board.) 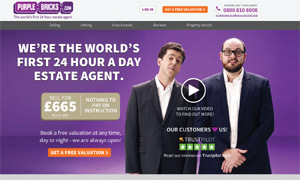 Most online agents include floorplans and photos with the basic package, only Tepilo charges separately for these in its basic £495 package (floorplan £40, photos £75) – they are included in its premium package. A surprising number also offer negotiation and sales progression services as standard; Emoov, Tepilo and Purplebricks make these part of the basic package, though Emoov’s standard package charges £149 extra for a dedicated account manager. An increasing number of online agents are accepting a fairly traditional idea of the agent’s job, simply changing the business model by operating online rather than on the high street.

The online business model makes two major savings – the absence of branch offices is one. The other saving comes from asking vendors to handle their viewings. However, even here some online agents have begun to offer a service, ranging from House Revolution’s £30 price for a single viewing (a good back-up for vendors anxious that a weekend away could cost them viewings) to fully accompanied viewings ranging from £110 (Purplebricks) to £500 (House Revolution). That’s possibly the widest range of pricing of any of the services, suggesting that viewings have not been as easy to cost as some of the other services. 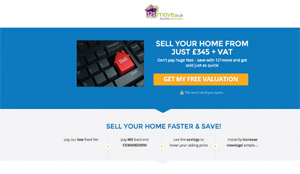 Hatched also makes the point that considering high street agents’ average fees and an average of 10 or 11 viewings to sell a house, high street agents are effectively charging £450 per viewing. The maths is interesting and quite persuasive, though it appears to assume the commission on the average sale doesn’t cover any other costs (which of course it does).

Further services are available. Emoov can add a virtual tour of the property for £99; Urban Sales & Lettings produce a luxury brochure for £69 and Hatched offers a social media and digital marketing pack for £99. Few of these services are offered by more than one agent, though, suggesting that they are not seeing a huge take-up, or don’t offer enough differentiation to be worth setting up. However, it adds to the pick-and-mix feeling of the online market. 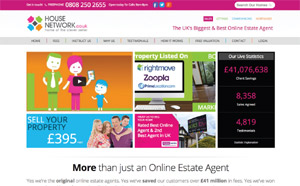 There is one issue that a mere comparison of prices doesn’t address. Time. Most online agents are quite upfront about how long the flat fee will cover portals listings. 12 months is the most common, from House Network, emoveuk, 121move and House Revolution. House Network and HouseSimple offer packages from three months up to 18 months – obviously, vendors take a view on how long their house will take to sell. A vendor who prices their property to sell quickly might plump for the shortest, cheaper package – one who wants to get top dollar might prefer a longer time frame, and the beauty of the online agents is that they get to make that choice explicitly. (Anyone who chooses the longer-term package but sells quickly will be out of pocket – that’s their risk.)

That’s what the online agents offer. But how do they work out in practice? I headed to the Moneysavingexpert website to find out.

Trawling the forums on Moneysavingexpert.com is instructive, and something all agents – high street or online – should do to get a feeling for what some customers are saying about their service. Quite a number appear to have used online agents with some success, though some aspects come in for criticism – including the agent’s conveyancing service and sales progression in some cases. (It’s worth pointing out that many of the same criticisms: difficulty getting hold of the agent by phone, offers not being progressed, conveyancing problems, are made of high street agents, too.)

Criticisms of online agents – slow sales progression and conveyancing are also made of high street agents.”

The bottom line so far appears to be that many of Moneysavingexpert’s members see online agents as a reasonable bet, given the relatively small upfront cost – “£400 is a good gamble,” said one. If the property doesn’t sell, a high street agent can still be appointed, and not much has been lost.

Given the appeal of the single low flat fee for such sellers, particularly since the online sector isn’t yet well established, and there’s still limited evidence for how well online agents perform for their vendors, is the increasing complexity of online agents’ packages in fact going to dilute their appeal? Faced with the complexity of different choices on some online agents’ websites, one might almost turn to a 1.5 per cent commission with a sense of relief. At least it’s easy to understand!