Sign in or Sign up
The essential site for residential agents
Home » Features » Are online estate agencies really a threat?
previous next
Housing Market 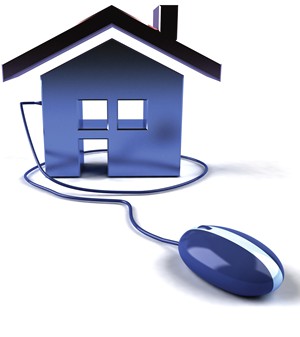 Should the increase in the number of online estate agencies be regarded as a threat to your business (our industry) or is it just a bit of a scare and will probably go away? We all know that an online agency couldn’t possibly do what we ‘traditional agents’ do with such skill and finesse. Surely the customer would not be best served by selling their house online?

Firstly, let’s not believe our own spin here. The butcher, the baker, the candlestick maker, as well as the greengrocer, the pharmacist, the travel agent and the newsagent probably all said the same thing. And yet they were among the first to go. Their arguments simply didn’t stack up. Do ours?

It is, after all usually the case that the functionality and distribution of goods and services will always, eventually, swing in favour of customer preference. Customers usually prefer either great service or a cheap price. Waitrose or Morrisons?

As agents we need to decide on which side we stand because we play a fundamental role in shaping those customer preferences.

It would seem likely that, in this wonderful country where competition and free enterprise are key drivers of the economy, sooner or later online agency will indeed feature more prominently than it does now. But the issue is probably not so much the online concept itself, but more the way in which online agency offers a cheap DIY alternative to regular estate agency.

On the surface, selling privately appears to offer a low cost route to market for the consumer and I predict that it won’t be long before a serious ‘Private Seller’ portal gets the funding to hit the market with a significant offering direct to the British public. So let’s be clear, there’s another peril lurking in the background!

Of course, you will always find someone who has had a bad experience or ‘saved thousands’ by going it alone. Is this really such a threat or does it force us to re-evaluate our offering and harness an opportunity some agents are already embracing?

Firstly, let’s evaluate the threat. My understanding of online agency is that it won’t offer the same type of service that traditional agents do. They will provide an online valuation facility, which, as we all know, is no way to value a property accurately and responsibly. The property is then uploaded to various portals. The vendor would conduct the viewings and negotiations, liaise with conveyancers and chase up any linked transactions. Hmmm! You know the rest.

However, online agencies rely on a stack ’em high sell ’em cheap model which simply could not work in the current climate; the volumes are too low to be able to stack anything! What sort of clients would they attract? Probably clients who are more interested in the low fee than they are in actually selling. This is not the sort of client you want; these are the type of people who also want a stupid price for their property (especially with nobody to advise them otherwise). Cheap fees attract low-value clients. Let them go to the online agency and do something about attracting the high value clients – you’ll probably also enjoy your job more in the process!

However, there is still one overriding reason as to why the full service agent will survive alongside the online alternative.  It is so simple that it is often missed. It’s about proactivity with buyers based on an understanding of three observations and how, together, opportunity is created.

Observation 1
Would you agree that a buyer is unlikely to buy the specific house about which they initially enquired from a For Sale board or ad? My own research suggests that about 98 per cent of buyers who registered with a given agency will fail to buy the property about which they initially enquired. One of your properties drew them to you, but they bought elsewhere. That would mean that a private board or ad would need to attract 49 buyers before it would sell – and only then if it was priced correctly. Do you get that many direct viewings from every board or ad?

Observation 2
We know that people typically need to see an average of about nine properties before they feel ready to buy. This is because, far from ‘there’s one special house waiting for me,’ people actually buy by comparison with others that are available at the time and they need to reach this quota before they can justify their decision to buy.
So even if they like the property about which they enquired from a private source, they won’t buy it until they have satisfied themselves that it is the best one in relation to the others available. Who’s going to show them the other eight properties and bring them back to yours if you are selling privately? Nobody. The buyer will find it hard to make a decision.

Observation 3
The eventual property that a purchaser buys is very likely to differ considerably from their original desired specification. It may for example be a bigger property in a cheaper area. According to the RICS, there is a 70 per cent chance that a buyer will actually pay 20 per cent more than they originally budgeted. The reason is that the agent showed the buyer a property they loved, that they might not otherwise even have seen.

These three observations demonstrate that most buyers need the prompting of an agent to help them discover areas of compromise and make a buying decision, which, without that agent’s involvement they might never have made.

An agent’s collective advertising, portal listings and boards generate buyers from whom the agent will then draw the most suitable ones for a property and then use their skills to understand, interpret and persuade the buyer, based on a working knowledge of buyer psychology. The buyer will buy – but not the house about which they first enquired – that was just the bait!

This is why private For Sale signs seldom work and why most people who initially try to sell a property themselves eventually end up selling via an agent. In the USA there is a well known website called ForSaleByOwner.com which charges sellers an upfront fee. This has made the site’s owner Colby Sambrotto a very rich man. Yet even he couldn’t sell his $2.15 million apartment in New York via his site and subsequently sold it six months later through a traditional agent (at $150,000 over the asking price) to whom he paid the usual commission – money well spent!

Indeed, one might expect in the USA, where fees are so much higher than they are here, that there would be a higher proportion of people selling privately as the typical five per cent saving is significant. Yet the number of private sales has declined steadily from 20 per cent in 1987 to just 11 per cent today, half of which are ‘in-family’ transactions that would have happened anyway. And the statistics, based on a survey conducted by the NAR of some 7,800 sales, suggest that private sellers in the US typically achieve around 16 per cent less for their property than those sold using an estate agent.

Add to this the fact that vendors are the last people in the world who should be allowed to show their house to prospective buyers; their emotional attachment prevents effective negotiation and their lack of understanding of the psychological processes involved can kill a sale, and things begin to look pretty bleak for Mr DIY, especially if he still has a cheap board outside his property devaluing his home.

As I have long argued – people don’t buy ‘cheap’ – they buy perceived value. If you allow yourself to become a commodity then you only have yourself to blame when you lose an instruction to an online competitor. Now is the time to recognise the value in elevating your agency using personal boutique principles, as some hotels and indeed travel agents have embraced (I love my travel agent, Freddie at Dial-a-Flight, because he provides a reliable, flexible, informed and enjoyable experience that I simply cannot get through a cheaper online alternative).

If you adopt this approach you’ll also be able to charge higher fees (probably double your current rate) which is just as well if some of your prospective clients migrate to an online agent. But they’ll come back eventually – if your proposition is known to be attractive enough and people are talking about it! It’s all part of the evolution of our wonderful industry. But why wait until it actually happens – why not imagine it already has! Don’t let them drive you!

So you have to be remarkable; you have to be memorable; you have to be Tweetable! Only then will people flock to your door because everyone’s talking about you. If and when a two-tier system does take hold, it’s up to you to position yourself accordingly by creating real distinction and protecting and developing your market share… beautifully!

Do you agree with Richard? Join the debate! Send your views to the Editor: Sheila@propertydrum.com

Richard Rawlings is the current PROPERTYdrum Estate Agency Trainer of the Year, estate agency consultant and property journalist with over 20 years experience in helping estate and letting agents in the UK and overseas boost their market share by creating distinction and communicating it effectively. www.EstateAgencyInsight.co.uk