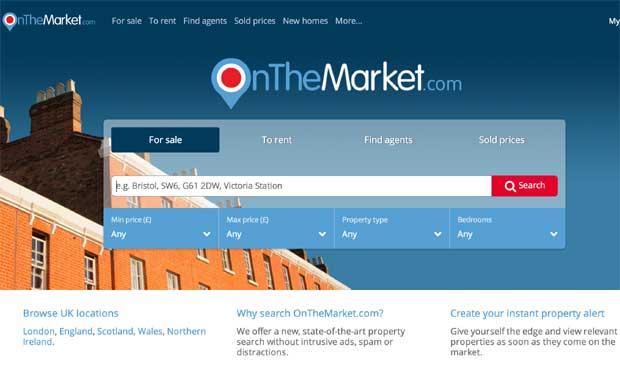 OnTheMarket (OTM) is on course to replace Zoopla to become the number two property portal by the end of next year on their way to achieving their medium term objective of challenging the market leader, Rightmove – according to Ian Springett (right), the CEO of OnTheMarket.

Ian Springett commented, “From a standing start just six months ago, the growth in our traffic, engagement, property stock and agent membership has been impressive.

“It took Zoopla three years to reach five million visits per month, even having acquired PropertyFinder, Hot Property and ThinkProperty along the way.”

But in spite of OTM’s growing success, their level of website traffic at this early stage of their existence remains low in comparison to Zoopla and in particular, Rightmove.

Rightmove continues to dominate property search traffic, with more than 80 per cent share among the leading UK property websites, while visits have reached 110 million per month, up from 94 million this time last year.

Rightmove has also increased property listings to 1.1 million, meaning there are 50 per cent more homes available to view on its website than any other. 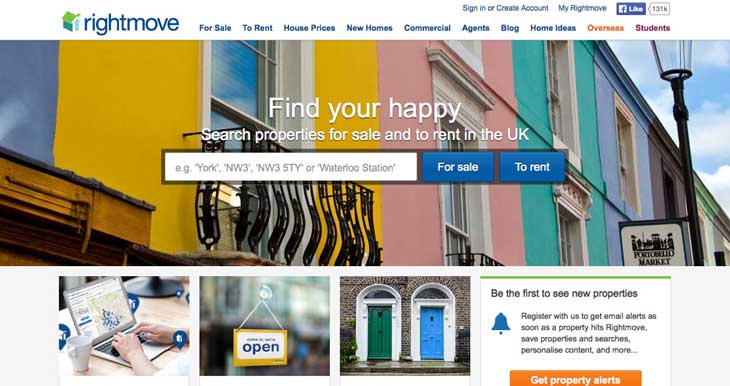 Some commentators have asserted that what OTM has achieved is to strengthen Rightmove’s standing in the market as it gains traffic, agents and property stock at the expense of Zoopla, but this is not the case, according to Mr Springett.

He added, “The reality is that we are on a growth path towards overtaking Zoopla and then building to provide a genuine, low-cost, alternative to Rightmove.”

Despite the fact that Rightmove continues to dominate the market, with record numbers of customers having joined Rightmove, which has converted high web traffic into increased revenue of 16 per cent, the CEO of Rightmove, Nick McKittrick, recently told the press that his firm would “take nothing for granted”.

“This is a competitive marketplace,” he said. “It’s about focusing on growing our audience and building a great relationship with customers.”