OnTheMarket.com, the much anticipated new property portal from Agents’ Mutual, finally launched on Monday, going live with simple, fast and state-of-the-art website that adapts seamlessly to fit the screen of any device being used to view it.

Designed to disrupt the portal business and break the ‘duopoloy’ held by Rightmove and Zoopla, OnTheMarket, the new industry-owned portal, which only features properties marketed by high street agents but not those with an online-only presence, is causing quite a stir in the property market, with various arguments and legal threats already being made.

OnTheMarket.com will aim to challenge the duopoly for the portal top spot while giving estate agents the opportunity to regain control of their online advertising costs.

Ian Springett (left), Chief Executive of OnTheMarket.com, said, “We are proud to present OnTheMarket.com as a much-needed competitor in the online property search market. We have launched an outstanding website using the latest technologies which presents properties in the best possible light for consumers and avoids unnecessary clutter.”

The new portal, solely owned by the agents that list on the website, with around 4,600 estate agency offices already signed up, has had a dramatic early impact on the market with its ‘one other portal’ rule requiring their member agents to stop advertising on either Rightmove or Zoopla.

Various agents have announced in recent weeks that they will stop listing properties with Rightmove, but it is Zoopla that has been most affected by the new OnTheMarket website, with a larger share of agents opting to cancel their subscriptions to Zoopla, in accordance with OnTheMarket.com’s strategy.

Springett, in a press conference last week, said that OnTheMarket “want to keep growing” and get to the “number two position” in the portals market “as quickly as possible” and at the expense of Zoopla. 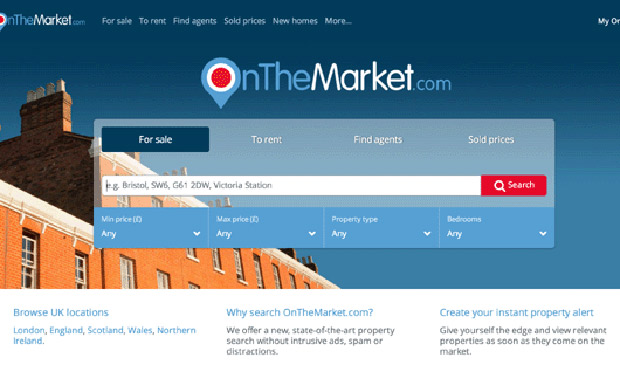 Many of the agents will be advertising their new-to-market properties exclusively at OnTheMarket.com for at least 48 hours in advance of displaying them anywhere else. The combination of substantial development funding contributed by its member agents and the committed fees revenue they will pay from launch will enable OnTheMarket.com to run a very heavy advertising campaign on national TV, in the press and online.

“Our multi-million pound advertising and marketing budget is in place,” said Springett. “We will run commercials on prime-time TV, full page adverts in the national press and have plenty of online marketing. This campaign will attract consumers to the website as a ‘must view’ destination with a unique set of listings.”

OnTheMarket.com believes that the exclusive early listings will appeal especially to the most serious property-seekers who want to gain an edge over other buyers or tenants.

Michael Fiddes, Head of Agency at Strutt& Parker, said, “OnTheMarket.com offers something new and exciting – and anything that offers consumers more choice and flexibility has got to be a good thing. The lay-out of OnTheMarket.com is fresh, clean and uncluttered – without lots of confusing and surplus information and distracting third party adverts. It does what it says on the tin, allowing property hunters to find the home of their dreams more easily.” 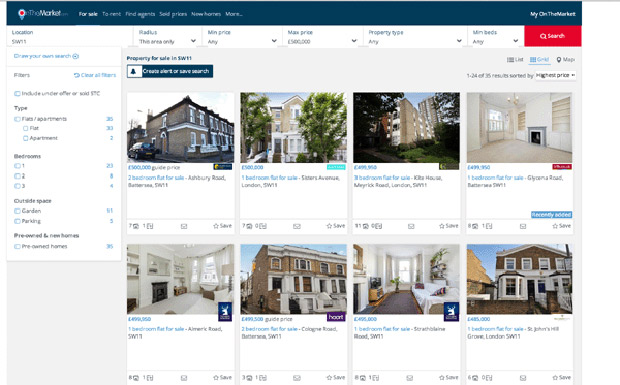 Graham Wilson, Managing Director of DDM Residential which has branches in Grimsby, Barton, Scunthorpe, Brigg and Gainsborough, commented, “I was one of the first to sign up to OnTheMarket.com when it was first mooted back in 2013. We’ve been paying around £60,000 a year to Rightmove and I’d rather invest those costs into frontline staff.”

Paul Jarman, Head of Western Region Residential at Savills, said: “We believe that OnTheMarket.com will soon become the only portal where consumers are able to search for all the properties from the country’s leading agents.”

Clive Rook, Managing Director of Rook Matthews Sayer, one of the largest agencies in the North East with 17 branches, said, “OnTheMarket.com is already the preferred website of the North-East’s leading agents. It’s clean, fresh and bang up to date and I believe more and more independent agents will quickly join and move all their properties to it.”

Meanwhile, following the ongoing support shown for OnTheMarket by the National Association of Estate Agents (NAEA), Adam Day (right) and Hatched, the online estate agents, have resigned from the industry trade body.

Day, the Director of Hatched, has written open letter to Mark Hayward of the NAEA, stating that his decision was an inevitable one, made in light of the NAEA’s continued backing of OnTheMarket, which is refusing to list online estate agents.