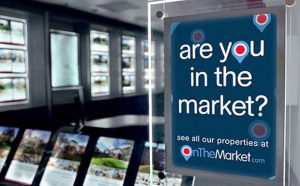 Leading City analyst Jefferies has called yesterday’s Competition Appeal Tribunal judgement in favour of OnTheMarket a “Pyrrhic victory”, suggesting it thinks the downsides of the judgement are as great as its positives.

The comments came as the analyst looked at the implications of the ruling, which rejected Gascoigne Halman’s claim that its contract with OnTheMarket was anti-competitive and therefore void, and clearing the way for OnTheMarket to take on the incumbent portals and in particular, Zoopla.

Jefferies says that, although it is surprised by the ruling, after reading the lengthy document the logic is easy to understand, but that it doesn’t change its positive attitude to ZPG.

The main threats to ZPG, it says, are other factors such as a potential looming economic downturn culling agent branch numbers and the challenges of integrating its recent acquisitions into the ZPG family.

Jefferies says OnTheMarket’s ‘one other portal’ rule is not anti-competitive because agents joined the portal of their own free will, and that now the court case is over Rightmove and Zoopla will have to “sharpen their pencils” to be the ‘one other portal’.

“The Competition Appeal Tribunal did agree with the premise that advertising on portals was an estate agent’s key business,” the author’s co-author Anthony Codling (pictured, right) says.

“The ‘output’ of an estate agent is the sale of the properties that estate agent has been instructed to sell.

“Advertising is a means to achieving that end and no more than that. Estate Agents do not compete as to the number of portals on which their properties are advertised, rather they compete on employing the most successful methods in selling properties.”

Jefferies also notes that OnTheMarket has been losing agents while the hearings chugged along – so far one in five of those that originally left Zoopla – and that it thinks few of the remaining agents have the deep pockets at the moment to fund OnTheMarket aggressive expansion plans.