Sign in or Sign up
The essential site for residential agents
Home » News » Marketing » OnTheMarket is not going off, says CEO

OnTheMarket is not going off, says CEO 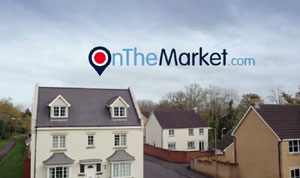 One of last week’s noisier stories in the press and on social media was about OnTheMarket members and theo pen letter from the Competition and Markets Authority(CMA).

Ian Springett (left), CEO, OnTheMarket (Agents Mutual)defended the portal’s position and its status with the CMA, asking Jungledrums to remind estate agents about their obligations under competition law when choosing online property portals to advertise their properties.

“The CMA has been very clear in cautioning agents to act independently and not to collude. At OnTheMarket.com, we welcome that stance and have consistently given agents precisely the same advice to make any portal selection decisions independently.

“For the record, there has been no suggestion from the CMA that OnTheMarket.com has acted improperly in any way. Indeed, in its reminder letter to agents, the CMA explicitly states that, “it has no reason to write to OnTheMarket in this connection at this time.”

OnTheMarket certainly needs to defend its position, Mr Springett said, “Success attracts its detractors. The letter from the CMA triggered some predictably opportunistic attacks on us from some who are perhaps sensitive to the impact we are having by injecting competition and increasing choice in a portals market dominated by two big listed companies, Rightmove and Zoopla Property Group.

“Agents and consumers can now display and search properties for sale and to rent on a different site– one which is fully responsive in adapting to any user’s device, one which is free of clutter and adsor other services and one which focuses single-mindedly on the properties, which are, after all, the reason why serious property-seekers visit property portals.

“Since launching last year, OnTheMarket.com has already established itself as a competitive force in the property portals market. Thousands of estate and letting agents have moved all their UK properties from other websites to OnTheMarket.com and many are advertising new-to-market homes exclusively with us first: typically 24 to 48 hours before displaying them on any other portal.”

Answering comments about the viability of the challenger portal, Mr Springett added, “It will clearly take time for OnTheMarket.com to attract as much consumer traffic as the market-leading portals. However, our progress has been rapid, we had over seven million visits in March, and we are greatly encouraged by the feedback we have from agents and consumers alike – there is now a challenger agent-owned portal in the market to list and view properties on.”

And in a final jab at their more established competitors, Ian Springett added, “As long ago as February 2015, the Chief Executive of Zoopla Property Group described us as “a short-term event.”

“It might be disappointing for some of our detractors but OnTheMarket.com is here to stay and is growing steadily both in terms of consumer visits and agent support.”