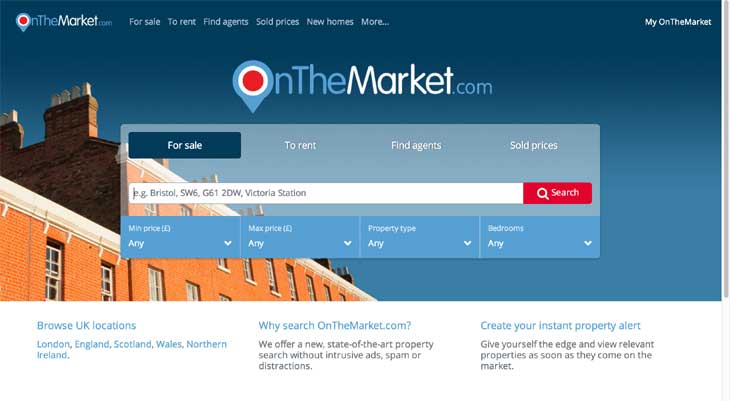 Shares in the property industry’s newest public limited company OnTheMarket have dropped by nearly 15% since it floated on the Alternative Investment Market (AIM) on Friday morning, including an almost 6% fall today.

The share price for the company, which trades as OTMP on the junior stock market, has tumbled by 24p from its initial offer price of £1.63p a share to £1.39p (at the time of writing) cutting the company’s market capitalisation from an initial £100m to £89.59 million, according to Bloomberg.

The Financial Times said the portal’s share launch, which offers investors a minority stake in the company, had ‘failed to shine’.

These are nerve-wracking times for many of the portal’s 2,700 agent members, who last year voted overwhelmingly to trade in their membership for shares which they are hoping, once their lock-in period ends, they will be able to sell.

This is equally true for the company’s key directors including co-founder and CEO Ian Springett (pictured, left).

He now holds approximately 90,000 shares in the new PLC allocated to him at entry to AIM, plus nearly three and a half million share options, on top of his £170,000 salary.

Several high-profile investors have taken substantial stakes in the company, confident that OnTheMarket can make further inroads into the Rightmove/Zoopla duopoly.

According to The Times these include fund manager Schroders, which has taken a 6% stake and Victoria Plumb entrepreneur Jason Walker, who now has a 3% stake.

OnTheMarket had hoped to raise £50m from the share issue prior to trading on AIM but only raised £30 million, limiting its ability to take on Zoopla and Rightmove with better IT and a bigger marketing spend.