News prompted by continuing exit of agents to ZPG despite recent news that OnTheMarket's parent company is to de-mutualise and float on AIM. 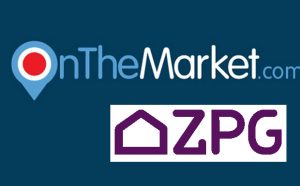 The number of branches listing on OnTheMarket has sunk to an all-time low of 5,500 which is 200 fewer than in August when it announced it was de-mutualising ahead of a stock market IPO, it has been claimed by ZPG.

The portal giant says the number of branches to have rejoined its portals Zoopla and PrimeLocation after initially leaving to sign up with OnTheMarket has hit 1,000, while claiming that its own listing branches have grown to 14,750.

“We are continuing to see agencies from around the country re-joining ZPG on a weekly basis as agents increasingly understand that they are at a competitive disadvantage when not partnering with us,” says Mike Goddard, Managing Director of ZPG Property Services.

OnTheMarket’s own figures show that in August it had 5,700 agent branches listing properties on its portal, down from its launch total of approximately 6,500 branches, and that it currently has 2,700 estate agent clients.

The ongoing agent drain from OnTheMarket to ZPG is puzzling; member agents of OTM’s parent company Agents Mutual are about to have their holdings turned into shares of the soon-to-be formed OTM Ltd which, if the re-launch goes smoothly, would see them make significant sums when they sold their shares following the AIM flotation.

One recent company to buck the trend of exits to ZPG is Arun Estates, which recently signed to a five-year deal with the portal – as we reported last week.

The Negotiator contacted OTM for comment but at the time of publication had not received a reply.