Sign in or Sign up
The essential site for residential agents
Home » Features » Housing Market » Onwards and upwards? 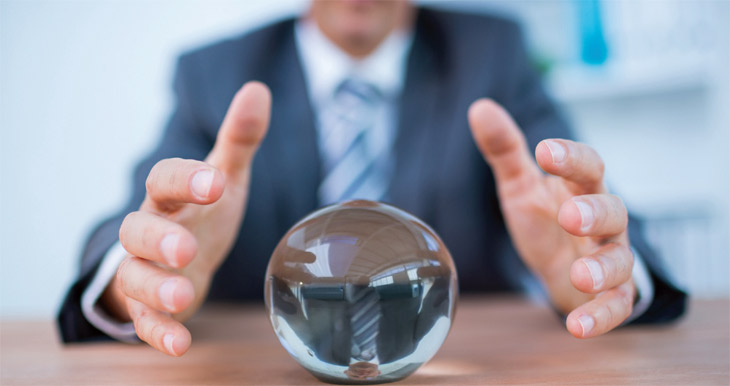 The property market moved very slowly in 2015, it was only after the General Election in May, that the UK housing market gathered any pace with annual house price growth in recent months being broadly in line with longer-term earnings growth.

The latest data from Nationwide shows that the average property cost £196,305 in November, up 3.7 per cent year-on-year, supported by a widening supply-demand imbalance, improving job prospects, increasing wages and a strengthening UK economy.

According to the latest transactions data from HMRC, October was the fifth successive month in which there were over 100,000 housing transactions nationwide, with 105,490 homes changing hands, putting activity in a whole other league to H1 2015 as buyers responded to a robust economic backdrop, low interest rates and attractive mortgage products.

“In many ways 2015 was a year of two halves, cleaved by the May Election,” said Martin Bikhit, at Kay & Co. “Following the Election and the known quantity that came with a new Conservative Government, we had expected uplift in prices together with a flurry of activity.”

With consumer sentiment improving, gross mortgage lending jumped to £12.9 billion in October – 26 per cent up year-on-year and the highest figure since pre-financial crisis in 2008, the latest figures from the BBA reveal.

“Consumers remain confident and their incomes are growing. Mortgage rates are at multi-year lows and people are snapping up the very competitive deals being offered by banks,” said BBA’s Chief Economist, Richard Woolhouse.

While a high number of buyers and improving lending conditions bode well for further housing market activity and potential capital growth in 2016, much depends on whether building activity can keep pace, with the number of available homes currently at the lowest level since the late 1970s.

Robert Gardner, Nationwide’s Chief Economist, commented, “Only 135,000 homes were built in England in the 12 months to September 2015, well below the 220,000 new households that are projected to form each year over the next decade.”

One of the biggest constraints on housebuilders is the planning process, according to Stewart Baseley, Executive Chairman of the HBF. “How quickly we get more sites to the point where we can actually start to lay bricks will be a major influence on future housebuilding levels,” he said.

Thankfully the Government has made it a priority to tackle the housing shortage by announcing plans to deliver one million new homes in England by 2020.

The Chancellor also announced measures in the Autumn Statement to encourage building, which included pledging £7 billion to housebuilding to create 400,000 new homes.

Increasing housing delivery will not just provide the new homes our next generation needs, but it will, potentially, also provide estate agents with more much needed property instructions.

Despite the Government’s intentions to boost homeownership, the Institute for Fiscal Studies (IFS) warns that fewer homes could actually be built as a consequence of some of the other policies announced by the Chancellor in December, including a stamp duty surcharge on buy-to-let and second home purchases from April 2016.

Buy-to-let investors are already reeling from another draconian tax change: the removal of their ability to claim tax relief on interest payments, to be phased in from April 2017.

Stuart Adams, at the IFS, forecasts that the tax hikes could deter many property developers, with less reason to invest, cooling housebuilding levels, owed partly to a potential fall in house prices. “If property developers don’t feel they’re going to get as much for them, then there’s less incentive to develop it,” Adams said.

Adrian Gill, Director of Reeds Rains and Your Move, agrees that levying an additional 3 per cent stamp duty on buy-to-let purchases has “introduced a massive stumbling block to supply.”

Whatever the longer-term impact of the tax change, it will almost certainly result in an inevitable rush of people trying to secure buy-to-let properties before April’s deadline, which could push up home prices in the short term.

Nicholas Leeming, Chairman of Jackson- Stops & Staff, said, “This will inevitably lead to market distortion nearer the introduction date. Vendors should make the most of the opportunity before the April deadline.”

Ray Boulger, of John Charcol, also thinks that the imbalance could be greatly accentuated over the next few months, as anyone already thinking of buying a second home or a buy-to-let property now start to look more keenly.

“As buy-to-let represents over 15 per cent of total housing purchases the tax changes are large enough to distort prices in an inelastic market,” he said.

Howard Archer, UK Economist at IHS Global Insight, expects house prices overall to increase over the coming months, with a rise of about 6-7 per cent during 2016. Josephine Ashby, Director at John Bray & Partners, agreed that the supply-demand imbalance will “only going to drive prices one way” in the short term.

“We anticipate that the activity we have been witnessing recently will continue to build well into spring 2016,” she said.

While the Government’s intentions to help more people own their own home may be admirable, the decision to clampdown on buy-to-let investors will be “ineffective for its purported aims” of raising cash to help first-time buyers and paying for more affordable housing, according to Mike Coady of deVere Mortgages.

The buy-to-let tax appeals to the politics of envy. It will trigger a rush-to-buy phenomenon now, but it won’t dampen demand. Mike Coady, deVere Mortgages.

Describing the tax measure as “a political stunt,” Coady thinks that the Government’s desire to be seen to be acting on this “emotive and topical issue” by appealing to the “politics of envy” with buy-to-let landlords and second homeowner the targets, will not just “trigger something of a ‘rush-to-buy’ phenomenon between now and April,” but may do little to dampen demand in the medium to longer term.

“Most investors will still regard investing in property in the UK, especially in areas like London, the South East and Manchester, as an attractive and safe investment opportunity,” he said.

Many experts now believe that the Government’s Buy to let tax hike will push up rents for tenants, which are already at a record high.

Brendan Cox, Managing Director of Waterfords, agreed, “Instruction levels are already at growing odds with rising demand, so in my view, deterring investment in property will ultimately lead to less private sector rental stock. In turn, this will put further upward pressure on rents.”

y March 2016, the number of private rental sector households is set to reach almost five million, which Andy Phillips at Knight Knox points out is “nearly one in five households”, while the value of buy-to-let property across the UK is expected to total £1.07 trillion, reflecting wider growth in house prices. “The UK residential market is set to follow much the same path in 2016 as it’s paved over the last couple of years, with growing house and rental prices continuing to steer the market, Phillips added.

With record-low interest rates for at least another few months and housing supply set to remain low, the general consensus is that property prices will increase across many parts of the UK in 2016, albeit at a slower rate than in 2015.

A poll of housing analysts, conducted by Reuters, found that house prices are expected to rise by 4.3 per cent this year and 3.9 per cent in 2017, although this will inevitably vary by region.

Stephanie McMahon, at Strutt & Parker, has identified the South East and East of England as offering the greatest room for growth, while she said Scotland is showing “renewed market vigour.” Plans for a Northern Powerhouse are expected to support growth in the northern property market, particularly in Greater Manchester.

“The Northern Powerhouse regions are set to benefit from greater infrastructure and regeneration over the coming years,” said Stuart Law, CEO of Assetz for Investors.

In Wales, Carol Peett, West Wales Property Finders, predicts the market will rise over the year by 3-5 per cent.

The impact of the Government’s SDLT changes in December 2014 will see property prices at the top end of the market, particularly £1 million-plus homes in London, drop by 10 per cent this year, according to Paul Smith, CEO at haart, although he does not think this will have a bearing on the overall UK market.

“The core UK property market will experience further average price increases in 2016 of up to ten per cent,” he said. “On paper it will look like a tale of two countries as London will see an increase of around three to four per cent due to the top end market correction.”

Smith’s overall price growth projection for the capital reflects the fact that he, like many experts, forecast that many outer prime London areas will see growth.

Lucian Cook, of Savills, added, “Lower value outer London boroughs have greater remaining capacity for house price growth than higher value parts of the capital, having grown in line with the South East and East of England rather than London itself over recent years.”

The combination of higher demand and low supply will inevitably place upwards pressure on house prices, although the level of increase will vary according to submarkets, price bands, interest rates, and of course, the speed at which they rise. 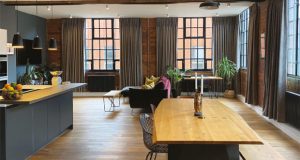 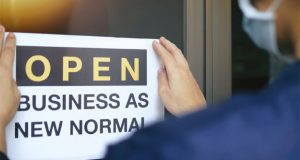