The number of householders who owned their homes outright in 2013-14 outstripped the number of people who bought property with mortgages for the first time since the early 1980s, official data shows. 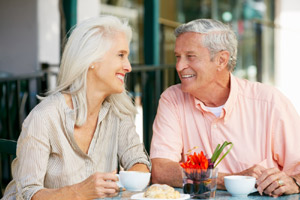 Of the 22.6 million households in England, 7.4 million owned their property outright, and 6.9 million had a mortgage, the English Housing Survey revealed. The rest rented their homes.

This marked a shift from an equal level among owners a year earlier.

The proportion of owner-occupier households increased steadily from the 1980s to 2003 when it reached a peak of 71 per cent, but since then it has dropped annually.

The data shows that the younger generation in particular are struggling to own property.

Over the same 10 years, owner occupation in this age group dropped from 59 per cent to 36 per cent, with many people in this age group having little alternative but to remain living at home with their parents or turn to private rental accommodation, with greater demand fuelling the expanding private rented sector (PRS).

Official data shows that in 2013-14, 19 per cent of households were renting privately, up from 18 per cent in 2012-13. In fact, the PRS has already overtaken the social rented sector, with the proportion of social housing currently stood at 17 per cent.

The data once again shows how the younger generation has been priced-out of buying property as a consequence of high levels of capital growth, according to the National Housing Federation (NHF), which is unsurprisingly calling on the Government to offer developers greater support to help build the new homes that this country urgently needs.

David Orr (left), Chief Executive of the NHF, said: “As house prices continue to rise we’re in danger of winding back the clock on homeownership, with only the privileged few having any hope of affording it.

“At the moment people who can’t buy a home have little or no choice but to rent privately, going from one short-term let to another at an ever escalating cost. We believe that everyone should have a home they can afford, which means having more affordable homes to rent or buy through shared ownership and a private rental market that’s fit for purpose.”