Outsource and free up your business 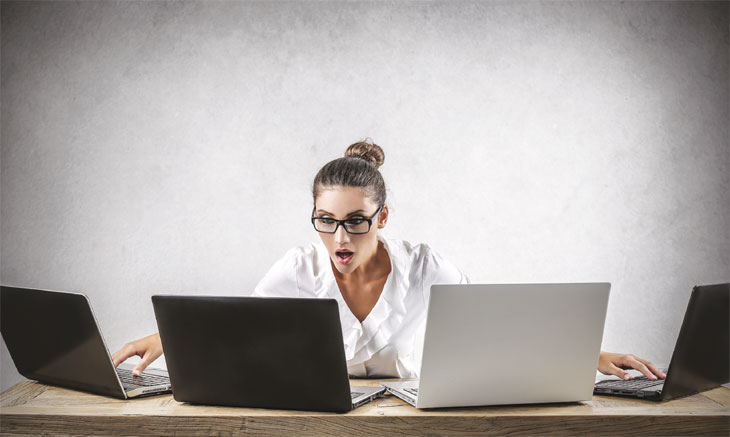 Estate agents and letting agents have long outsourced non-core tasks to external firms with little hesitation. When your business is to sell or let houses, for many it doesn’t make sense to waste time becoming an expert photographer or floor plan designer.

But despite agents’ willingness to call in help for things outside their expertise, there’s been something of a stigma attached to the idea of outsourcing core parts of the sales or letting process, particularly anything customer-facing.

However, there are signs that attitudes are changing, with market forces and consumer preferences driving agents to rethink.

Take Viewber, for example, the viewing service set up by former Douglas & Gordon head, Ed Mead. The company has grown rapidly in less than two years of operation and recently passed the 20,000 viewings mark. Over the past year alone, it has more than quadrupled the number of ‘Viewbers’ on its books from 1,000 to 4,500.

Ed Mead says today’s 24/7 culture is driving the success of businesses like his. “If you are a 24-year-old renter, looking for a home and someone says, ‘well you can come and see it on Tuesday afternoon’, they are just going to say, ‘Forget it, mate. I want to see it at 7 o’clock on Tuesday evening’.

“There is a sea change in expectations – it is mostly affecting the rental market at the moment and the Millennial generation.”

So far, Mead says agents are mostly using Viewber to fill gaps in their opening hours and to fill short-term breaks in the service, a trend also noted by Moneypenny’s Commercial Manager Samantha Jones. “Agents are typically looking for support on an ‘overflow’ basis during busy periods – such as lunchtimes, viewing appointments in the afternoons and holidays – as well as to extend perceived opening times at evenings and weekends.”

The telephone answering provider recently added live chat to its offering in response to the growing demand from consumers. “Over the past 12 months we have seen agents increasingly choosing a hybrid approach of people and tech when it comes to outsourced communications. “This mirrors the cultural shift we see in terms of consumer preferences and expectations. Phone calls are now just part of the conversation. Increasingly, customers want to engage on their terms; whether on the phone in the morning, over email at lunch or online after the office has closed.”

The live chat provider Yomdel warned earlier this year that agencies that don’t provide out of hours human interaction were missing new business opportunities – reporting a 5 per cent increase in leads from its 2,000 estate agent client websites over Easter, when most offices were closed.

While the increase in demand for 24/7 availability is one factor driving agents to outsource these tasks, it’s by no means the only one. The market has become intensely competitive, with new entrants – online agents and those with a physical presence – driving a race to the bottom in terms of fees, and the market is stagnating in many areas. On the lettings side, the tenant fee ban and a raft of new and proposed legislation is also having an impact.

As portfolios grow, managing them stops the agents winning new business. We are dealing with the back end so they can focus on building the business. Simon Duce, ARPM.

All these factors combined are leading more agents to consider outsourcing entire parts of their business, according to Simon Duce, Managing Director at ARPM, which provides a full back office service for letting agents. While in the past Duce says it was mostly smaller agents with less resource looking to outsource lettings, bigger brands are now tempted. “In the last six months we’ve seen more enquiries from bigger agents and that is because of what’s going on in the market. Two years ago our typical client was one with under 100 properties, it is now moved to be over 100.”

There’s a desire to compete, people are open to trying new types of online services to reduce the workload to maximise taking on new vendors. Jim Johnson, Access2View.

At outsourcing provider Access2View, founder Jim Johnson reports a similar shift in clientele. “We primarily deal with large online agents but we have seen a trend of traditional agents moving to work with us.

“The shift has happened as part of the Purplebricks influence. Whether you love or hate them, they have made a massive impact on the industry. Agents before would pretty much just hold their ground and refuse to drop their fee, but the same agents two years along at the mention of Purplebricks will now drop their price without any negotiation.

“There’s a desire to compete and people are open to trying new things such as outsourcing or new types of online services to reduce the workload to maximise taking on new vendors, whereas before they were thinking they could handle it all.”

The obvious question at this point is how exactly outsourcing can help agents compete better when by outsourcing they are increasing, rather than decreasing, their costs.

Duce says it is largely about outsourcing admin to allow them to grow. “For most of the clients, it is about retaining their service levels but ideally cutting their costs or managing their costs and taking the opportunity to realign their in-house team so they can work on customer service and growth. We see a lot of portfolios that when they grow they get bogged down with property management, which stops them from winning new business. We are dealing with the back end so they can focus on building their business.”

At sales progression firm Assured Sale and Progression (ASAP), Managing Director Richard Megson has a similar view. “Sales progression typically for each case can take 10 to 15 hours so if an agent is running a pipeline of 40 cases, that is a huge amount of time that is being sucked out of their day or their working week. The benefit of outsourcing sales progression is that it releases a lot of their time to focus on sales.”

In fact, unlike many other outsourced services, ASAP may actually pay agents to use it rather than vice versa. Its business model is that it is paid referral fees by solicitors when an agent’s client uses that solicitor. So an agent refers a sale and if the buyer or seller uses one of its referred solicitors, the progression is provided for free and the agent receives a referral fee. Megson estimates that for agents where the conversion rate is 50-60 per cent, ASAP provides an income stream rather than coming at a cost.

This is a different model to other sales progression firms, however, which do not operate on a referrals model. Another point of different is that ASAP’s service is not run on a white-label basis, something which is very popular with agents that outsource as the partner firm presents itself as part of the agent, which is less confusing for customers and helps them retains their brand advantage.

Sue Ralston, Director at rival sales progression firm Complete My Sale, says, “Because we are white-label, other estate agents don’t realise it is actually us managing the chain. We have recently introduced a restriction of only one estate agent per postcode district – basically so our existing agents don’t have to worry about the competition using us as well.”

This is the biggest investment that both landlords and tenants make; they need to be able to trust the people that are running the day to day management. Sarah Bush, Cheffins.

While some agents are sold on the idea of outsourcing companies that act as an extension of their team, others remain unconvinced. Sarah Bush, Director of Lettings at Cheffins is among them.

“When I see more and more companies outsourcing the day to day management of a property, that is something I feel is wrong in the marketplace.

“This is the biggest investment that both landlords and tenants make, whether they are paying rent or they’ve actually paid a mortgage for a property, and they need to be able to trust the people that are running the day to day management and I think a trust element is hard to build up just by phone calls and emails. Sometimes it is nice to meet those people making the decisions on your behalf in the case of emergencies and actually putting people into a property.”

But while she’s not keen on outsourcing the core business, Bush says there are some areas where agents should use third parties. “When it comes to inventories and checkouts that’s where I don’t have an issue with outsourcing. To me it shows transparency — it is a very important document to have at the start of a tenancy and at the end. They need to be drawn up by people that are impartial to what has happened during a tenancy.”

THE WAKE UP CALL!

Indeed, the most recent figures from the Property Redress Scheme (PRS) would seem to support this view – last year the PRS reported a 60 per cent rise in complaints, with tenancy deposits a key issue.

This has led many agents to reassess their inventory providers, says Johnson. “You can find prices that are really low and get a quick product that meets a level of quality or ticks the box, or you can spend a little bit more money and get a really quality product that protects you in a situation when you need to go to court.

“I think people are realising now that you can’t always take the cheapest option as well. There’s been a bit of a wake up on that side of things as well rather than just shopping around on price.”

Although agents vary when it comes to whether they outsource a large part of their business or only a small part, one thing is clear – outsourcing in the property sector is a trend that is here to stay.