In a difficult year for many, Connells announce a half-year profits rise of 15 per cent to £1.3m. 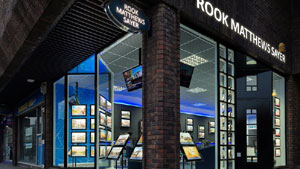 Connells Group announced an increase in half year profits of 15 per cent to £31.3m, reflecting an outstanding performance in firm market conditions.

Compared to a strong first half in 2015, the Group’s estate agency business of nearly 600 branches nationwide, has recorded a number of improvements this year including an 8 per cent increase in sales. The division strengthened its UK coverage through the addition of further successful businesses into its network, the largest of which was Rook Matthews Sayer – a leading estate agency with 16 branches operating across Newcastle, Tyneside and Northumberland.

There was also further growth for the Land & New Homes operation, with new homes sales up by 16 per cent, building on a record performance last year.

“Our business has produced solid results in the first half of this year and in a remarkable market,” says Connells Group CEO David Livesey (left),  “We started the year with great momentum and strong sales activity, and with extraordinary levels of completions in Q1 ahead of the stamp duty deadline.  However, as expected, there was a notable cooling in the market as the EU referendum approached.

“Brexit has created some short term challenges, but we excel against our competitors in tough market conditions and we are already seeing performance bounce back to pre-Brexit levels.”

Elsewhere within the Group, there was excellent growth and profits from the Lettings business, recording a 24 per cent increase in income for the first half of 2016.   The division continued its growth momentum through further branch openings and a number of acquisitions.

“Our results are testament to the hard work of the people within our business and I can’t tell you how proud we are of the team here at Connells Group. We have delivered market leading profits in an eventful market backdrop whilst gaining market share, growing organically and welcoming new colleagues through the acquisition of other great businesses.”