New figures show that over-65 homeowners now own property wealth of £861 billion. 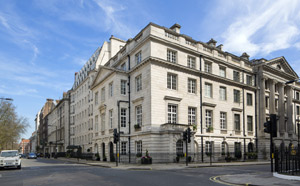 Retired homeowners in the UK now collectively own property worth £861 billion with their total property wealth increasing by more than £33 billion in the past six months, the equivalent of around £1,200 a month each.

New research from over 55s financial specialist Key Retirement Solutions says that their total property wealth is now at its highest level since the firm started monitoring the housing wealth of the over 65s five years ago, with pensioners who own their homes outright having earned an average of £7,117 each from their homes in the past six months.

Since Key started monitoring the housing wealth of the over-65s, in January 2010, total pensioner property wealth has increased by £81.27 billion – the equivalent of £17,323 each.

Its Pensioner Property Equity Index shows over-65 homeowners now own property wealth of £861.188 billion outright as a result of higher property prices across most parts of the UK.

Retired homeowners in London saw the biggest gains, at an average of over £20,675 each in the past six months, while homeowners in the South East are more than £14,123 better off and pensioners in East Anglia are £13,105 better off.

Only retired homeowners in the North East saw a fall in housing wealth with average losses of £581 in the six months.

“Retired homeowners have huge assets in their houses with total property wealth hitting an all-time high of £861 billion,” said Dean Mirfin (left) of Key Retirement. “In the past five years they’ve made an average of more than £17,000 each from their homes.”

The table below shows the 11 areas of Great Britain monitored by Key’s index with 10 recording gains.

The table below shows over-65 homeowners in the North West are most likely to own their home outright – Key’s analysis shows 671,000 own their homes without mortgages compared with 656,000 in the South East.