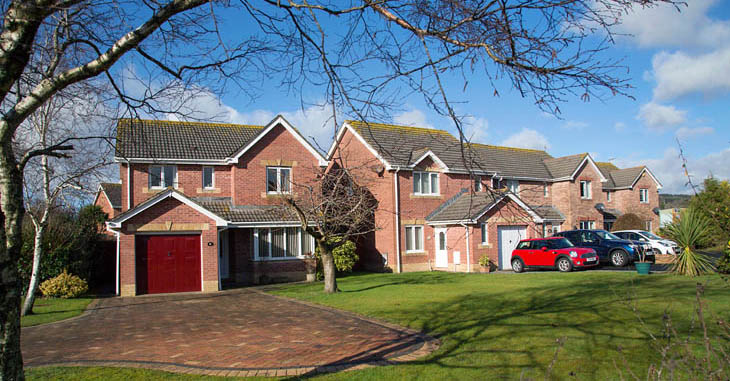 New research shows these are key qualities being looked for by a new tranche of home buyers, eager for a change of scenery.

Lockdown living has changed what Britons want from their homes, according to Garrington Property Finders – and underlines reports of an ‘escape to the country’.

The firm found that among househunters whose priorities have shifted because of the Covid pandemic, 37% are now more likely to want a garden. A fifth also said they want a bigger home (20%), a less urban location (20%) and faster broadband (18%).

With official data showing 41% of UK workers still working from home all or part of the time, the easing of lockdown restrictions has not ushered a return to the daily commute.

Analysts pinpointed the 15 locations across the UK with most to offer the post-Covid commuter, able to work from home at least some of the time. All are within half an hour of a major regional city or 90 minutes from London, and all have high broadband speeds – with at least 55% of homes having access to ultrafast broadband.

The top 15 have been ranked by a wellbeing score, which combines official data in four categories – air quality, open space, access to green space and happiness.

The affluent Glasgow suburb of Giffnock, famed for its golf courses, stately villas and red sandstone houses made first place. At just 16 minutes from the centre of Scotland’s largest city, it edges historic Kirkintilloch – the ‘canal capital of Scotland’ – into second place.

England’s star performers both boast a world-class academic pedigree. Third-placed Cambridge is 49 minutes from London by train, and pips its Boat Race rival, fourth-placed Oxford – which is 57 minutes from the capital – thanks to its higher wellbeing score.

Jonathan Hopper, CEO of Garrington Property Finders, said: “Three months of lockdown have led many of us to reassess what we want from our homes. Our research shows more than half of would-be buyers have changed their requirements since March, with gardens, open space and faster broadband emerging as top priorities.

“Two out of five workers are still working from home, and many of us may never go back to a daily commute.  Post-Covid commuting is likely to look very different, and we’re seeing a stream of digital commuters – who are less tied to the large cities and able to work from home some of the time – explore new areas offering better value, more space and a better quality of life.”