Expectations for 2017 will be 'reasonably static'. 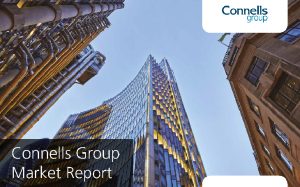 Connells’ performance in 2016 was described by Group CEO David Livesey as, “somewhat tempered by Brexit volativity,” as the Group’s Q4 report  showed activity levels were “influenced by a marketplace that was continuing to recover from some of the challenges of Q3.”

However, while viewings were up, the number of offers made was down. Sales were also down by 2 per cent for the year, compared to 2015, but Connells said that it had been instructed on more properties, registered more applicants and seen another record performance in new homes sales.

Connells is doing well in the Land & New Homes sector, with a pipeline of 9,000 new homes. Group Land Director, Roger Barrett, said, “As predicted in our previous Market Report, sales moved forward in Q4 2016 by 15 per cent on the Q3 2016 performance. This improvement reinforced the underlying strength in the land and new homes marketplace and, as such, we completed a number of land transactions in Q4 where demand for short and medium term opportunities remains strong.

“The new year has started positively, helped by the fact that new home registrations increased at the end of last year – 15,237 registrations in November, up 35% on the same period in 2015. This would suggest that current levels of new home supply will be maintained in the coming months. 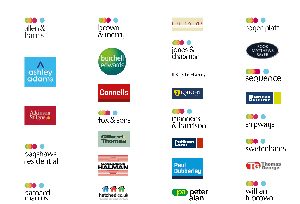 number of areas within the house building sector where changes are being considered to current policy in order to increase housing numbers. These include: planning in terms of housing supply and delivery, starter homes and retirement housing policies and increasing the number of small and medium sized developers, all of which, when enacted, will support the industry.

“In the year ahead, there are a number of areas within the marketplace where we need stability. These include current buyer incentives remaining in place, stability in respect of finance availability and steady continued growth in supply from both national and regional house builders and SMEs. We should then experience growth in new homes sales in 2017.”