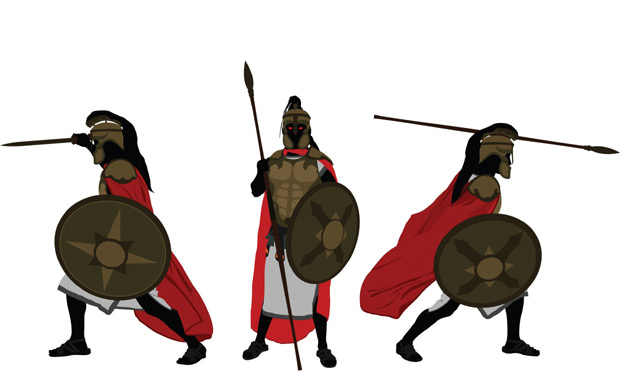 After just four weeks in business, OnTheMarket has inflicted some serious wounds on Zoopla, while Rightmove’s fortress proves to be largely impregnable.

A few weeks ago, few people outside the property industry had heard of OnTheMarket (OTM); a substantial number of those within the industry had heard of it either but weren’t too interested; and 20 per cent of agency branches actually bit the bullet and signed up to membership of the UK’s newest property portal.

All fairly normal with a new venture, profile and credibility take time to establish, reputation takes longer, but who’d have thought that the arrival of another property portal would cause such a ruckus?

Ruckus is definitely the right word here – dictionary definitions vary but include ‘a row or commotion’, a ‘rugby scrum’ and, ‘the main body of competitors not likely to overtake the leaders.’

Well, OnTheMarket’s stated aim was to disrupt the market and it is certainly doing so, at least it is disrupting the daily business of estate agents who seem to be spending an inordinate amount of time on forums, sniping and snarling about who’s bright enough to make the move and who is too daft to do so.

But recent statements from OTM have moved the ‘disruption’ to a new level. The new portal says that it has just had its 1 millionth unique visitor. A claim that has delighted its member agents but is proving difficult to verify. Is it really one million unique visitors or just one million visits? Most of us now know the difference and it is a big difference – unique individual people or just lots of people making multiple visits?

OTM publishes the statistics but doesn’t offer any data verification at all – that’s not good for the credibility of OTM, so clarification would be welcomed.

OTM is also seriously disrupting the atmosphere at Zoopla Property Group. Press releases, statements and comment have spewed from the smart offices in Southwark (in walking distance of OTM’s!)

The anti-OTM press campaign has been interesting. At times harsh, often very sharp, sometimes truly vitriolic, like a wounded warrior, in pain but not done-for.

Zoopla’s Head of Communications, Lawrence Hall, gave a lively response to the “Millionth unique visitor” announcement, saying, “There is no source for this data to substantiate this claim and whilst OTM claims Hitwise data to be incorrect, it is the most widely recognised and used metric for internet businesses. Hitwise may not be 100 per cent accurate but it is not far off. OTM may have recorded its one millionth visit but that is wildly different to its claim of unique visitors which is either misunderstood or deliberately intended to mislead.

“OTM’s unique visitors are likely around 20 per cent of that figure. The Hitwise data would suggest that they meant visits and not unique visitors and on this basis, OTM has achieved the same audience in the last three weeks that ZPG gets in less than a day.”

He added, “The latest Hitwise data shows that far from catching Zoopla and Rightmove, OTM has not yet managed on any day since its launch to reach even a fraction of the traffic of  PrimeLocation.

“As Mr Springett noted in his statement, the OTM TV ad will have aired over 3,000 times in February alone, so this must be very disappointing given the large TV and print marketing spend.

“It is clearly still early days but it is important for the facts to be known so that agents can make informed decisions that are in their best interests not the interests of others.”

In earlier comment, Lawrence said that independent data from web monitoring firm Hitwise shows that, “In its first week, the new agent-owned website got a meagre 58,000 visits. By contrast, each of Zoopla and Rightmove received many millions (over 150 times more) of visits during the same period.

90% of OTM members have dropped Zoopla

“Sellers using an agent no longer on all the major portals have lost a huge audience of potential buyers, likely resulting in reduced viewings and potentially costing them thousands of pounds off the price of their home just so that their agent can earn an extra £50 per property sale.”

And it gets personal as well, “So far the only beneficiaries from OTM appear to be Ian Springett who is reportedly pocketing a significant six-figure pay cheque, traditional media like The Sunday Times and Country Life where he is visibly splashing cash (unlikely to benefit the majority of his members) and agents who are NOT involved with OTM who are winning instructions from those involved.”

He continued, “Those agents who have decided to act as one of Mr Springett’s guinea pigs are now feeling the real effects of losing enquiries, instructions, market share and reputation and will not be able to do so indefinitely.

“In view of Mr Springett’s promises that he will “catch the existing portals and fast”, he had better hurry up before he does irreparable damage to some of the businesses he appears to have forced to give up their most effective marketing channels to fund his salary and ambitions.” Phew!

ZPG’s share price has taken a slight hit, but as Alex Chesterman says, they have invested millions of pounds in building the Zoopla brand, money that OTM does not have.

Zoopla also reports that its traffic on Zoopla and PrimeLocation is up, at an average of 1.4million visits per day, even though they have lost the property listings of several thousand agency branches. The publicity barrage is likely to continue, with loud comment on visitor numbers, listings and agencies leaving (and indeed returning) to Zoopla.

The good news for Zoopla is that although it accepts that (in the short term) they will lose around 18 per cent of members, it is still forecasting earnings of £36.6 million this year.

And in the Rightmove corner

Meanwhile, Rightmove takes the high ground, unnerved, invincible, cool and quiet. A small box on the front page of rightmove’s website states: “Eight-five per cent of home-movers say that Rightmove is the site they want their property advertised on. That’s why the top agents choose Rightmove – find your local agent now.”

The silence from Soho is deafening. Which is hardly surprising, as few of the larger agencies have left the safety of Rightmove’s portal and Rightmove’s share price, has held firm around the 2602p. With a market capitalisation of £2546.24 million, this portal is still the king.

Zoopla is definitely OTM’s major target but despite confident noises the management team is reserved. In a statement issued on 17th February, Ian Springett reaffirmed his objectives. He said, “The portal choices made by members indicate overwhelmingly that, nationally, Zoopla is regarded as the weaker of the two portals they had been using. Accordingly, our objective for the year ahead is to replace Zoopla as the No.2 portal by January 2016.”

According to Ian Springett, on 16th February, a search on Zoopla showed that its available properties for sale and to rent in England, Wales and Scotland totalled just over 440,000. The equivalent number for OnTheMarket.com is just over 225,000.

Ian Springett continued, “If OnTheMarket.com grows its property stock by 120,000 and 90 per cent of this comes at the expense of Zoopla, OnTheMarket.com will be bigger and the ‘tipping point’ will have been reached. To achieve this, OnTheMarket.com needs to recruit 3000 more member offices – or an average of 250 offices per month.

“In the seven months from May (when our sales team began to come on stream) to December 2014, we averaged 290 contracted offices per month and our team is committed to reaching this next objective.”

More than 4300 of OTM’s 4700 offices are contracted for five years as Gold and Silver members, providing, says Ian Springett, “An immensely strong ‘anchor tenant’ group for the portal. The balance is our recently-recruited Bronze members who commit, initially, for one year.”

And just to underwrite the confident silence at Rightmove, he added, “It is now apparent that over 90 per cent of our 4700 member offices belong to firms which have chosen to retain Rightmove as their ‘other portal’ alongside OnTheMarket.com.”

What’s your view? Add to the debate and email the Editor: [email protected]