Possession is nine-tenths of the law

But which law? A landmark ruling on possession has put the Housing Act ahead of human rights law as Laura Checkley, a partner at Pemberton Greenish LLP, explains.

In the landmark judgment in June of McDonald v McDonald and others [2016], the Supreme Court has ruled that residential tenants cannot rely on human rights arguments to defend possession proceedings brought by private landlords. 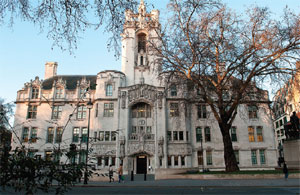 An extremely welcome decision for the private residential sector, it clarifies a question which, until this case, had been left open by the courts.

The case concerned 25 Broadway Close, Witney (the ‘Property’) which was occupied under an Assured Shorthold Tenancy agreement by Fiona McDonald (the ‘Appellant’), who suffered from a personality disorder. Her parents purchased the Property as a home for her in May 2005 using a loan from Capital Home Loans Ltd (the ‘Lender’) which was secured by a legal charge over the Property.

In 2008, the Appellant’s parents had fallen into arrears with their mortgage repayments and the Lender appointed receivers (the ‘Receivers’). On 13th January 2012, the Receivers served a notice on the Appellant under s.21 of the Housing Act 1988 (‘HA 1988’), which required her to give up possession of the Property on or before 14 March 2012. The Appellant failed to do so and the Receivers issued possession proceedings.

Tenants can enforce their ECHR rights against public sector landlords – not private landlords.

In the trial, the Appellant sought to defend the claim for possession on the basis that the Property was her home and therefore that she had rights under article 8 of the European Convention of Human Rights (‘ECHR’). Article 8 requires a public authority to respect the home and allows an occupier to invite the court to take into account proportionality before making an order for possession.

It is well established that an Article 8 defence can be raised by an occupier against a landlord that is a public authority. However, the judge held that as the landlord seeking possession was not a public authority, it could not consider the ECHR. The Court of Appeal agreed and the Appellant appealed to the Supreme Court.

Citizens of states which are party to the ECHR are able to bring actions to the European Court of Human Rights in Strasbourg for breaches of their rights by the state party. Article 8 concerns the right to respect for family life, privacy and home. As a qualified right, the state can interfere with it if to do so is proportionate.

The Human Rights Act 1998 (“the HRA 1998”) incorporates the ECHR into domestic law and enables British citizens to bring cases in the domestic courts. Under s.6, it is unlawful for a public authority to act in a way that is incompatible with a right under the ECHR.

The Appellant argued that, as it is the court, a public authority, which makes the possession order, it must act in accordance with s.6 of the HRA 1998. Therefore, it would be unlawful for the court to act in a way that is incompatible with article 8 of the ECHR. The Supreme Court dismissed this argument. It held that “the purpose of the Convention… is to protect citizens from having their rights infringed by the state.”

The ECHR is not directly enforceable between private parties so as to alter their contractual rights and obligations.

The court made clear that it could not adopt a legislative role; that was the function of the democratically elected parliament. Parliament has decided on the correct balance to be struck between the competing interests of private landlords and residential tenants through legislation such as the HA 1988. Therefore, the trial judge was correct to follow the mandatory statutory terms for possession.

The bottom line is that residential tenants can enforce their ECHR rights against public authority landlords, but not private sector landlords. Had the Supreme Court decided otherwise, it could well have opened the floodgates to a raft of litigation and significantly hampered the ability of private landlords to recover possession of residential properties in what can already be a complex process. They can now breathe a sigh of relief. For the private sector, it is business as usual.