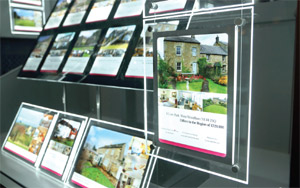 There was a moment back in the late noughties when someone told Suzie Pattison, Managing Director of marketing materials firm Ravensworth, that her business was pretty much doomed.

By then the age of digital had definitely dawned and portals such as Rightmove were already beginning to steal more and more of agent’s marketing budgets. Many people thought it spelt the end for traditional, paper and laminate based marketing activities such as window displays and direct mail.

Our clients are a mixture, independents and groups – even online agents are using us.” Susie Pattison, Ravensworth

Also, in more recent times, brochures have been thrown into question by the proliferation of online agents because, many have assumed, who’s going to need printed brochures in the future if high street agents fade away? 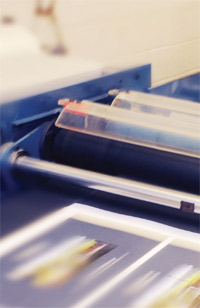 What most digital champions have failed to predict is that the high street estate agent and the more traditional property marketing tools they use within their branches have proved resilient to the digital onslaught.

It is true that marketing within the property industry now falls into either ‘non digital’ or ‘digital’ camps and many suppliers choose to service either one or the other, but nevertheless Suzie Pattison says orders for printed products at her company, which is the largest in the market, are up by 25 per cent year-on-year at the moment.

Pattison claims there is a ‘back to basics’ trend within the industry, but she also is candid enough to admit the unstoppable march of the Internet. “The industry has changed hugely. I’ve been at Ravensworth for 25 years and have witnessed the slow move to digital,” she says.

“Whereas people used to order 100 brochures for a property 10 years ago they now order 30, but a property brochure very much remains a listing tool and we’re currently taking on an extra 40-50 branches every month across the country. And it’s not just brochures but also stationery, door drops, fliers and company brochures.”

One thing that the Internet, partnered by digital management software such as Dezrez, has introduced is a faster market, and it’s a feature of the industry that the print suppliers have had to work hard to catch up with. For example Ravensworth says it will get a basic colour brochure back to an agent by the next day and a glossy or laminated version back within 48 hours.

During the recent high volume, fast turnover sales market (particularly in London) the need to get printed materials out fast has been essential, particularly when a property can go online within half a day of an instruction being won.

The other interesting trend is that the internet hasn’t driven printed brochures into a premium, high-end niche. You might expect agents dealing with more affordable homes to rely on digital marketing and its lower costs by ditching print. But it’s not so.

“The people we supply are a real mixture,” says Pattison. “We’re dealing with corporates, groups and independents and even online agents are using us now. And it can vary from one branch to five branches to 200 branches. In every town you go to in the UK you’ll find at least a couple of agents on the high street using Ravensworth.”

Such popularity with agents hasn’t gone unchallenged, though. As well its natural competitors, the portals have increasingly been trying to take a slice of the marketing materials’ cake and become ‘one stop marketing shops’ for agents, something Pattison naturally doesn’t think they’ve been very successful at.

“We don’t see them as a competitor,” she says. “They are just there to offer ‘extra things’ on top of their core digital marketing offering and attempting to bring everything under one roof but that hasn’t affected us at all.

“There are a handful of agents who have gone on to use them but then have come back to us because when you specialise in something then you’re the best. Our customer service is second to none but when you’re a portal and you’re trying to do a wide range of activities then I don’t think you can do it as well as if you do one thing.”

One company Pattison has to thank, though, is Foxtons which in London at least was one of the first, large chains to invest heavily in developing a ‘brand’ which, as well as their famous green minis, included high-end window displays and other marketing materials.

Pattison is polite enough to disagree with this summary and says although Foxtons did a very good job, there are “lots of other agents around the country doing the same thing.”

“We specialise in printing really high quality transparencies for the back-lit display systems you now see in many branches using this kind of system, not just Foxtons. Most agents these days want their marketing to be fantastic.”

And as more agents have realised that it’s important to invest in their brand if they want to grow and secure customer loyalty and recognition, so once more printed materials are back in the limelight, particularly as many agents feel that the portals almost ‘de-brand’ the market, making the agent almost invisible within a listing. 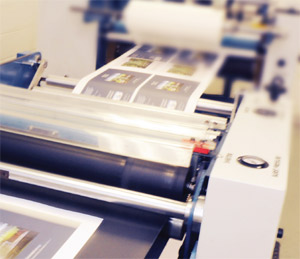 “We’re doing a lot of work with agents at the moment who are getting ready to rebrand for the New Year and they’re all wanting to improve their logos and in general present their properties in a better light,” says Pattison.

“The market we have at the moment is such that although house prices are rising, the size of the market is smaller than it used to be so agents are having to fight harder to obtain or maintain share. So that’s also why brand is becoming more important.”

So given this change in the market, are companies like Ravensworth innovating? One answer to the digital challenges has been to try and offer some digital products as well as printed ones. An example is that over the past six months is that Ravensworth has introduced software that enables agents to add blue skies to and remove parked cars from their exterior property photos.

Agents realise that its important to invest in their brand, so printed materials are critical.”

“We introduced that because the portals were always telling agents how they should present their properties in a better way so having a picture without a horrible grey sky is better. And we’ve got two new ideas under wraps at the moment – so watch this space,” says Pattison.

And there is another area where digital technology is being introduced – 3D visual presentation, particularly for new homes marketing.

“Over the past eight months we’ve launched a 3-D visual product for agents and developers so that they can really bring new homes plans ‘alive’ within their branches,” says Pattison.

“The developers love that because not so long ago they would have had to print 300 brochures, which would have cost them a fortune, whereas now they just need to order 30-50 brochures at a time, which they love.”

And if you gaze much further forward, the future of property marketing may lie in ‘augmented reality’ created by systems that enable people to ‘walk’ around both real homes and off-plan CGI creations, particularly now augmented reality headsets such as Oculus Rift are a commercial reality rather than a Tomorrow’s World prediction.

“I think the future of property market is augmented reality, particularly in London,” says Pattison. “If you’re selling a development there with unit prices running to £15 million and you’re trying to sell it to someone in Dubai then augmented reality is fantastic, because it can bring the whole building to life.”

Although this seems a long way from the humble printed brochure or illuminated window display, it’s hard to see how even augmented reality will kill off these resilient marketing tools. And for the moment Pattison has good reason to believe so.

“In 2015, as agents begin to display properties on just two of the three of the main property portals [i.e. if OnTheMarket gains traction] so there will be less certainty their properties are going to be viewed. So a greater onus will be placed on agents to promote their brand to their territory through other channels,” she says.